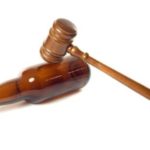 By: Matthew Dietz Cuddles, the Persian cat, was worth a million dollars to Izak Teller and his wife, Barbara. Because of Cuddles, they were rejected from the ability to live in a fully renovated unit overlooking the Intercostal in Palm Beach, and bought a less desirable unit that they were required to renovate. The… Read More »

Litigation: When the denial of a reasonable accommodation leads to tragedy

By: Matthew Dietz Most times when a person requests a reasonable accommodation or a modification because of a disability, the accommodation or modification assists a person to live independently or lessens the effect of a disability. This includes a closer parking space, grab bars in the bathroom, or an assistance animal. However, there are… Read More »

Fired Because of Cancer

By: Matthew Dietz Gregorio Reyes was hired in October 2007, as the Regional Sales Manager for the Caribbean for IDEX in the Fluid and Metering Segment. IDEX is a three billion dollar corporation that specializes in fluid and metering technologies, health and science technologies, dispensing equipment, and fire, safety and other diversified products. Since… Read More »

After more than three years, and a jury trial, Mrs. Carollee Solodar will finally receive the parking spot she deserves (and requires)!  Carollee and her husband Donald Solodar live in a lanai in North Palm Beach and have been allowed to park in a service area by their home for many years.  Following Mrs…. Read More »

Florida now recognizes that when a person is not treated equal because of his or her disability,– this is discrimination, and is actionable under the Florida Civil Rights Act. In 1968, at the age of seven years old, Kevin McGuire, was hit by a drunk driver and was paralyzed from the neck down. By 1970,… Read More »

A six year old’s fight to have his seizure dog at school.

Disability Independence Group filed a federal lawsuit against the Broward School Board, alleging the district discriminated against Anthony Merchante, a first grader, for imposing too many barriers to bringing his service dog to his elementary school. Anthony Marchante lives with cerebral palsy and is highly prone to seizures. His medium-sized terrier service dog,… Read More »

A veteran is permitted his support animal in his home

Litigation: Bhogaita v. Altamonte Springs Condominium Assoc.    Ajit Bhogaita is a United States Air Force veteran who, like hundreds of thousands of other veterans, suffers from post-traumatic stress disorder (“PTSD”) As a result of his PTSD, Mr. Bhogaita attempted to take his own life, and then medicated with anti-depressants for his chronic depression and anxiety…. Read More »