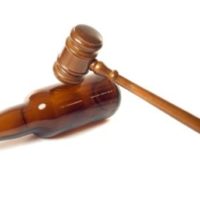 Mental health month is always a good time to remind the legal profession that we still have a profession that stigmatizes applicants and lawyers that have mental illness or past histories of substance use disorder and that has a practice of conditioning the ability to practice law on mandated treatment and conditions that may run contrary to a person’s own treating professional.

In December 2020, the Florida Supreme Court adopted changes to the Rules Relating to the Admission to the Bar, Rule 3-11.  In this rule, the Court changed outdated terminology regarding mental illness and substance abuse but continued to state that a disqualification factor was evidence of a “mental disorder” or “substance use disorder” that may impair the ability to practice law. Unlike most states, this disqualification factor was not connected to any otherwise disqualifying conduct.

The Florida Supreme Court has never disqualified an applicant solely based on a mental health diagnosis or alcohol or substance abuse without otherwise disqualifying conduct.  However, the application of the disqualifying standard based on disability has been used by the Florida Board of Bar Examiners as a method to permit an invasive inquiry into the mental health history of applicants and force applicants or into monitoring or treatment, which may or may not be necessary, and to withhold recommendation of admission (or re-admission) until such conditions are agreed to.

Mental health conditions and past and present substance use disorder is prevalent in the legal profession.

Based upon the loose standard of “evidence of a mental disorder” or “evidence of a substance use disorder” more than fifty percent of Florida Bar applicants and new Florida lawyers would qualify for this classification. According to the Florida Bar’s Young Lawyers Division Mental Health & Wellness in the Legal Profession survey results, published in 2019:

Furthermore, the American Bar Association Survey of Law Student Well-Being (SLSWB) implemented in spring 2014 at fifteen law schools around the country, demonstrated similar findings, and also included alcohol and drug use, as follows:

In the DSM-5 mental disorder is defined as follows: “a syndrome characterized by clinically significant disturbance in an individual’s cognition, emotion regulation, or behavior that reflects a dysfunction in the psychological, biological, or developmental processes underlying mental functioning.”  The disorders that are considered mental disorders in the DSM-5 range from language disorder to major depressive disorder, to anorexia nervosa, and beyond; every mental disorder in the DSM-5 spans over 675 pages.  As such, a standard that relies on prior or current history of substance use or mental health problems encompasses most applicants to the Florida Bar.

However, the Florida Bar of Bar Examiners has limited the scope of the questions on the application regarding what types of mental illness should be disclosed. In November 2018, The Florida Board of Bar Examiners changed questions 25 and 26, on the Bar Application, to address mental health and substance abuse issues within the past five years that have impaired or could impair the ability to practice law.  The mental health question (question 25) was limited to conditions such as schizophrenia or other psychotic disorder, bipolar disorder, or major depression with suicidal ideations.  Furthermore, the Florida Board of Bar Examiners advised applicants to seek mental health treatment and services.

However, the questions on the exam are very different from the investigative process that is undertaken by the Florida Board of Bar Examiners under their responsibility to determine the existence of disqualifying conduct in Rule 3-11, which are not limited by the questions or the broad nature of the terms of 3-11.

Should a disability be disclosed?

All applicants are advised that the duty of candor to the Bar Examiners is all important – however, mental illness or substance use disorders are only disqualifiable if the disability “may impair the ability to practice law.”

If an applicant fails to disclose, is it a violation of the applicant’s duty of candor?

In reality, only a small fraction of applicants disclose a substance use or mental health issue. Usually, such disabilities are disclosed following treatment or as a result of some other type of discipline.  As a result, applicants to the Florida Bar, including law students, are reluctant to disclose or obtain treatment for substance abuse or mental health for fear that it would be a hurdle to obtain admission or would require disclosure of sensitive personal information.

These rules continue to uphold structural barriers that prevent otherwise qualified persons from becoming lawyers simply because of the past or current existence of a disability. Overreach into psychological or medical history is an extreme violation of privacy, has little connection with the practice of law, and disrupts and second-guesses the treatment relationship between an applicant and its treating medical professionals. Lastly, it will serve to prevent any applicant from receiving needed mental health or substance abuse assistance and adds stigma to having a disability.

In 1990, the Americans with Disabilities Act (ADA), 42 U.S.C. § 12101, et seq. was enacted to prohibit societal exclusion or discrimination against persons with disabilities “as a result of presumptions, generalizations, misperceptions, ignorance, irrational fears, patronizing attitudes, or pernicious mythologies.” 135 Cong.Rec.S4979-02, S4984 (daily ed. May 9, 1989) (Statement of Sen. Harkin).  Under the ADA, adverse licensing decisions may not be made without a demonstration that a purported risk to the public is both substantial and likely, given objective and current medical information and testing, and is not speculative, invalid or unreliable over time, or remote. Speculative harms are not sufficient to create, deny or place eligibility bars for a program or service offered by a covered entity on the basis of disability.  See Bragdon v. Abbott, 524 U.S.624 (1998); See Waddell v. Valley Forge Dental Associates, Inc., 276 F.3d 1275,1280(11th Cir.2001) (adopting a four-factor test to determine if a risk was significant).  Accordingly, to ensure that prior to denying or limiting a professional license, a governmental entity must make an individual assessment to ensure that any perceived risk due to a disability is substantial and related to the practice of that profession. Accordingly, when these broad requests into a bar applicant’s mental history were challenged, they were found to be subject to the requirements of the ADA.  Ellen S. v. Florida Bd. of Bar Examiners, 859 F. Supp. 1489, 1493 (S.D. Fla. 1994).

In 2014, the Department of Justice entered into an Americans with Disabilities Act consent agreement with the Supreme Court of Louisiana relating to their use of mental health status-based questions and their practice of requiring conditional admission for applicants with specific mental health or substance use diagnoses.  In essence, the agreement prohibited actions based solely on mental health conditions or disabilities without conduct or behavior that may otherwise warrant denial of admission, and all inquiries into mental health must be narrowly tailored with deference to the treating professional, even when it relates to otherwise disqualifying conduct or behavior.

Since the Louisiana settlement, other jurisdictions have entirely moved away from disability-related inquiries to inquiries related to the underlying behavior.  In 2015, the American Bar Association adopted a resolution (ABA Resolution 102, Aug. 3-4, 2015), to “eliminate questions that ask about mental health history, diagnoses, or treatment and instead use questions that focus on conduct or behavior that impairs an applicant’s ability to practice law in a competent, ethical, and professional manner.”

What should be done?

Basic equity demands that applicants to the legal profession should not be held to a different measure than those who currently are in the profession. A person would not be disbarred if such person did not engage in conduct which would justify the expulsion from the practice.

To the extent that a conditional admission agreement may be justified by otherwise disqualifying conduct that may have been related to a disability, it must be recognized that the agreement is not punitive, but rehabilitative.  Accordingly, the person should have the ability and independence to treat their condition in an accepted medical or psychiatric method that meets their needs. This includes limitations of practice and monitoring that is based upon the person’s treatment.