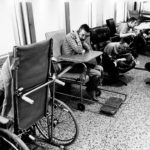 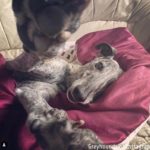 A settlement is an agreement between two parties as a resolution of a case and does not affect the rights of any third party.  Even a judgment only affects the parties involved.  The only method to insure compliance with the ADA or any other statute that includes standards for compliance – is to comply with such standards.  With the Americans with Disabilities Act, It’s been almost 28 years since the statute has been enacted.  For defense attorneys who do not obtain compliance with the standards to obtain a settlement, their clients will always be subject to additional suits.  In other words, it’s a gamble, and it could be penny wise and pound stupid. 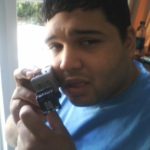 Arnaldo Rios-Soto is the 27 year old Autistic Man who was involved in the North Miami shooting on July 18, 2016. Arnaldo was sitting in the middle of the street by his group home with his favorite toy truck, rocking back and forth. His hand movements and rocking behavior was self- soothing behavior that… Read More » 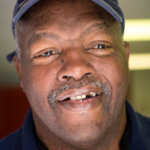 By: Lisa Goodman He’s got the moves! Nyle DiMarco is without doubt a “triple threat.” His website even describes him as such,“Nyle DiMarco is an actor, model and spokesman.” No offense to whoever wrote his website, but they dropped the ball when they failed to include dancer, which makes him a quadruple threat. Currently,… Read More »

Employment Support for People with Disabilities

If you are disabled and you are pursuing employment, you are not alone. You can find many agencies providing employment support that will help you reach your vocational goal. Vocational Rehabilitation (VR) Centers for Independent Living Employment Networks Disability Program Navigator Initiative Disability Rights Florida The Job Accommodation Network (JAN)

Are Doctors Required to Provide Interpreters for Deaf Patients?

By: Matthew Dietz I will remember that there is art to medicine as well as science, and that warmth, sympathy, and understanding may outweigh the surgeon’s knife or the chemist’s drug. Modern Hippocratic Oath At least once per week, I receive a call from a Deaf person complaining that their doctor will not provide… Read More »