Update – Next Steps to Protect Children with Disabilities in Schools 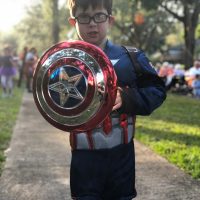 On Friday, August 26th, Circuit Court Judge John Cooper ruled from the bench that Governor DeSantis and the Department of Education exceeded their authority in issuing an emergency rule that restricted school boards from issuing mask mandate. He also found that the basis of the regulation, “the Parents Bill of Rights” Fla Stat. § 1014.03, did not support the infringement of the school boards right to protect the children that go to schools in their district.

The Parents Bill of Rights provides that “The state, any of its political subdivisions, any other governmental entity, or any other institution may not infringe on the fundamental rights of a parent to direct the upbringing, education, health care, and mental health of his or her minor child without demonstrating that such action is reasonable and necessary to achieve a compelling state interest and that such action is narrowly tailored and is not otherwise served by a less restrictive means.” Judge Cooper found that a parent may challenge a regulation and argue that the school boards action was not reasonable or necessary in accord with the statute, but the clear medical and epidemical evidence which demonstrated the danger of COVID-19 and the prophylactic effects of masks.

However, the case is far from over. Gov. DeSantis has already indicated that the decision was politically motivated and will be appealed, and legislators have threatened to change the law to authorize explicit statutes that would limit the authority of school boards to implement protections for its students.  This is why our case based on the Americans with Disabilities Act and Section 504 of the Rehabilitation Act is essential.

In our  Complaint, our moms and dads sought to protect their children with disabilities. Each of their kids live with a disability that would subject them to increased illness or death if they caught the virus.  Accordingly, if they went to school without all children wearing masks, they would be at high risk to get sick. While any child could get sick, the results for kids with disabilities is so much worse. Dr. Goldhagen declaration. To get immediate relief, we filed a preliminary injunction and declarations from our moms and dads.

The case was filed in the U.S. District Court in Miami, and our Judge is K. Michael Moore.  Judge Moore has been a District Court Judge for almost 30 years. The Court provided adequate time for the defendants to respond to the preliminary injunction.

The Governor, the Commissioner of Education and the Department of Education filed a response to the motion and a declaration that did not address any of the substantive claims and just claimed that these parents failed to exhaust administrative preconditions to filing a claim under the law.  The most interesting responses from school districts was the response from Broward County that claimed that it was between a rock and a hard place.  Miami Dade claimed that the case was moot (which is even more surprising because they are challenging the governor in a rule challenge in the Third District Court of Appeal).

In response, we (the plaintiffs) filed a reply in support of the preliminary injunction. In the reply, its worth noting that the state proffers that children with disabilities should be satisfied with what the state deems to be discrimination of those children whose parents agree should not be masked.  Children with disabilities are entitled to be fully integrated in public schools, in classrooms, gyms, cafeterias, and even bathrooms.  This is an important legal determination, as this right is not dependent on the power of Governor DeSantis, a school board decision, or even the Florida legislature.