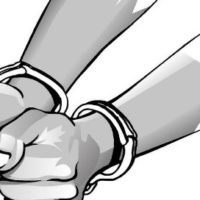 Twenty years ago, when a 7-year-old had a temper tantrum in a public school, the school would suspend the child. The police would not be called, and it would be unthinkable to subject the child to an involuntary mental examination in a psychiatric ward of a hospital.

As time went on, and patience wore down, young children with emotional or behavioral disabilities were arrested and placed in juvenile detention facilities. Now, it is increasingly common for a police officer to remove children having tantrums from school and take them to a psychiatric hospital for examination and treatment — without their parents’ consent. Since 2006, there has been a decrease in juvenile arrests, and a dramatic increase in involuntary examinations and commitments under the Florida Mental Health Act, otherwise called the Baker Act. From 2000 to 2016, there has been an 87 percent increase in the number of children subjected to a Baker Act proceeding, and a 76 percent increase in such proceedings against children ages 5-10.

Schools’ reaction to students’ behavioral problems is extreme and unconstitutional. It disregards the rights, protections and services that schools are required to provide children with disabilities. Parents have the constitutional right to have broad authority over the medical and psychological care of their children. In addition, people have the right not to be institutionalized in a psychiatric facility without due process. Institutionalization not only involves holding a person against their will, but subjecting the person to compelled medical and psychiatric examination. It also stigmatizes a child as someone who might be seriously mentally ill.

The due-process protections for rendering a child to Baker Act proceedings are often ignored. In order to subject a child, who is unable to provide legal consent, to mental health treatment, it must be substantially likely that in the near future he or she will inflict serious bodily harm on themselves or others. In addition, there is an obligation for schools to first pursue less restrictive treatment alternatives before resorting to arrest or the Baker Act.

The Miami-Dade School Board announced new, temporary changes to its Baker Act procedures. They require approval of a lieutenant or higher ranking police official before transporting a child for an involuntary psychiatric exam. This is a good start, but the focus must be on what services are available for a child prior to the call to Miami-Dade schools police. A trained Crisis Intervention Team (CIT) schools’ police officer must be involved early in the initial response.

Rarely, if ever, do elementary school students that have temper tantrums can inflict serious bodily harm. It cannot be used to compel the parent to have their child evaluated, or to even address violent or unpredictable actions from students that do have mental illness or behavioral problems. The arrest and placement in a mental institution will only traumatize the child, and increase such behaviors.

Instead, public schools have processes to provide services to children with emotional or behavioral disabilities and such services are required to be used under law, and prior to any attempts to subject a child to a Baker Act proceeding. As soon as a child is identified as having emotional or behavioral disabilities, the child should be evaluated by the school district and provided with an individual education plan to ensure that the child has the necessary behavioral and educational supports.

In addition, if there are problem behaviors, an individualized behavioral intervention plan must be developed to address these issues, which may even include an additional aide. There is a panoply of different services or settings that could be provided to a child before a child is traumatized by an arrest in handcuffs and placed in a psychiatric institution.