The under-reporting of sexual assault 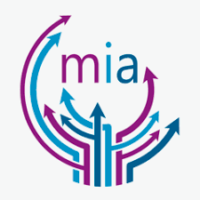 The crime of sexual assault is under-reported.  This is particularly true if you are a victim with a disability. West Virginia S.A.F.E. is a sexual assault organization that has created a Training and Collaboration Toolkit that assists agencies in knowing the potential indicators of sexual violence and then using them to identify victimization even when victims are reluctant to disclose. This knowledge can be particularly important if you work with persons with cognitive and/or communication disabilities who may have limited ability to understand or disclose their victimization.

They point out three important indicators:

Physical indicators: The most common physical signs of a sexual assault include bruising (on the inner thighs or on the arms where the offender restrained the victim) and trauma to the genital area. Some physical signs are obvious, such as bleeding, and might require medical attention. Other physical indicators, such as pregnancy or a sexually transmitted infection, may be detected days or even weeks after the assault.

Emotional indicators: Emotional trauma caused by sexual violence can manifest itself in numerous ways such as: depression; spontaneous crying; feelings of despair and hopelessness; anxiety and panic attacks; fearfulness; compulsive and obsessive behaviors; feelings of being out of control, irritable, angry and resentful; and emotional numbness. A specific type of emotional trauma, rape crisis syndrome, has been identified as a form of post-traumatic stress disorder specific to sexual violence victims.

We know that each person reacts differently to emotional trauma, but these indicators can be used as guidelines to help providers and caregivers identify and then help victims.