The Legal Profession’s Mental Health Issue is a Suppressed Epidemic 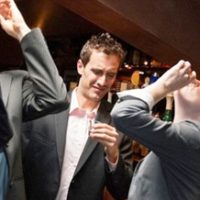 One of the most time-worn quotes in describing the law school experience, is the law school dean telling incoming fist-year law students, “Look to your left, look to your right, because one of you won’t be here by the end of the year.” For me, it involved treating law school like a full time job, which included spending most Saturday nights in front of my books and a computer listening to Saturday Night with the 70’s on the radio, and knowing that my classmates were doing the same thing. When we did get together, it usually involved turning our minds off and having a couple of beers. After law school, I got a job that had 2,000 billable hours and weekend and night “face time” as an expectation – but, of course, not a requirement.

As a new lawyer, the emphasis is to focus on career development, and the life tenet of “Work Hard, Play Hard” is taken to heart. A balanced life is only considered for later in life, and wellness is not good for advancement to partner. Twenty years later, balance is not achieved, and anxiety as well as management of that anxiety is a way of life.

I am not alone.

A February 2016 report funded by the Hazelden Betty Ford Foundation and the American Bar Association Commission on Lawyer Assistance Programs, published in the Journal of Addiction Medicine, showed that 61% of lawyers reported anxiety in their careers. Out of the approximately 13,000 lawyers across the United States survey

ed, lawyers reported having anxiety in their career 61.1%, followed by depression (45.7%), social anxiety (16.1%), attention deficit hyperactivity disorder (12.5%), panic disorder (8.0%), and bipolar disorder (2.4%). In addition, 11.5% of the participants reported suicidal thoughts at some point during their career, 2.9% reported self-injurious behaviors, and 0.7% reported at least 1 prior suicide attempt.

However, in Florida, and elsewhere in the country, mental health issues affect young lawyers disproportionately. In 2014, the Young Lawyers Division (YLD) of Florida did a membership survey that revealed 63% of respondents have difficulty with balancing work and family, and 39% endure high stress. Following the suicide of a Tampa lawyer who drove to the top of the Sunshine Skyway Bridge and jumped off the bridge, the YLD bar began a “Health and Wellness Month” in May 2015 to start a conversation on health and wellness. In doing so, the YLD stated:

Most importantly, this conversation must endure beyond the month of May. We, as a profession, must continue to pursue wellness for ourselves so that we can be strong advocates for our clients, and work to support our colleagues who may be struggling. Our clients are depending on it.

However, the solution by the YLD was to begin a conversation and a hashtag to the problem, which does not prevent alcoholism, anxiety, depression and drug abuse. For young lawyers, a balanced life is for later consideration, and wellness is not good for advancement to partner.

According to an April 2015 Article in the ABA Student Lawyer, Shedding the Stigma of Mental Illness, depression rates for persons entering law school are at 8-9%, and then the depression rate skyrockets to 27% after the first semester, 34% after two semesters, and 40% after three years.

Attorneys in the first 10 years of their practice now experiencing the highest rates of problematic [alcohol] use (28.9%), followed by attorneys practicing for 11 to 20 years (20.6%), and continuing to decrease slightly from 21 years or more. These percentages correspond with our findings regarding position within a law firm, with junior associates having the highest rates of problematic use, followed by senior associates, junior partners, and senior partners. This trend is further reinforced by the fact that of the respondents who stated that they believe their alcohol use has been a problem (23%), the majority (44%) indicated that the problem began within the first 15 years of practice, as opposed to those who indicated the problem started before law school (26.7%) or after more than 15 years in the profession (14.5%). Taken together, it is reasonable to surmise from these findings that being in the early stages of one’s legal career is strongly correlated with a high risk of developing an alcohol use disorder.

As an Institution, the Legal Profession in Florida Stigmatizes Persons with Mental Health Disabilities.

The conclusion drawn by the February study was as follows:

Greater education aimed at prevention is also indicated, along with public awareness campaigns within the profession designed to overcome the pervasive stigma surrounding substance use disorders and mental health concerns.

Reducing stigma for mental health issues includes encouraging mental health treatment and counseling as well as promoting techniques for wellness for law students and young attorneys. While this is common sense, and would promote a healthier profession and reduce attrition of talented lawyers in the profession, the historical stigma regarding mental health prevents common sense to prevail.

In Florida, to obtain a concealed weapons license, the behavior that would be related to weapon use would be analyzed, this includes conviction of certain crimes, including but not limited to: felony convictions, two DUIs in the last three years, a violent misdemeanor conviction in the last three years, evidence of substance abuse, dishonorable discharge from the armed forces, and evidence of domestic violence. To obtain a law license, the Florida Board of Bar Examiner does not review unlawful or unethical behavior, but attempts to divine likelihood of behavior from a past history of a psychological condition.
According to the Florida Board of Bar Examiners (FBBE) website, it adopted the role of assessing the mental health of each applicant, as follows:

Initially, the FBBE asks questions that focus on mental disability status, which deter aspiring attorneys from seeking treatment for mental health conditions. Students that have sought treatment and actively managed their conditions should not be subject to an invasive and humiliating mental health screening solely on the basis of prior diagnosis. Further, even when the FBBE receives mental health records, there is no evidence that a record of a mental health treatment or diagnosis has any effect whatsoever on the person’s success or failure to practice law.

Notwithstanding no evidence of any correlation between a past mental health history, or even current treatment, the FBBE has the authority to request that the Supreme Court of Florida allow a “conditional” admission to the Florida Bar and make the Florida Bar the overseer of the person’s psychological treatment. This includes as follows:

In a Consent Agreement, the board is authorized to recommend to the Supreme Court of Florida the admission of the applicant who has agreed to abide by specified terms and conditions on admission to The Florida Bar. The conditions will include:

The board’s policy on the length of conditional admission in mental health cases is from 1 year to an indefinite period, depending on individual circumstances.

For example, many members of the bar with a history of treated mental illness have “conditional” admission and are required to have their mental health provider report to the bar every quarter, and they must pay $75.00 per quarter for that privilege. Those lawyers have difficulty in finding jobs because of their “conditional admission” status. This self-appointed duty to screen for mental illness has a more dramatic effect on law students. I have spoken to many law students that have refused to receive mental health treatment for fear of being required to submit mental health records or of being subjected to “conditional admission” by the bar.

In 2014, I had the opportunity to address the Florida Board of Bar Examiners regarding the relationship between the Americans with Disabilities Act, and the FBBE’s practice of inquiring into the nature and extent of a person’s mental history. In 2014, the Department of Justice entered a settlement with the Supreme Court of Louisiana prohibiting it from requesting information regarding whether an applicant to the bar suffers from a mental illness, except if the information was related to conduct that would otherwise disqualify the applicant from becoming a lawyer. Notwithstanding the Department of Justice’s settlement with Louisiana, the Florida Board of Bar Examiners continued to use mental health questions and evaluations to screen and disqualify potential applicants with disabilities from becoming members of the bar.

Under the Americans with Disabilities Act, employers are not permitted to make any inquiry of a person’s mental health status prior to employment, and cannot make such inquiries after an offer is made unless the employer has objective evidence that an employee’s ability to perform essential job functions will be impaired by a medical condition; or an employee will pose a direct threat due to a medical condition.

While this may seem Orwellian, this is the reality of what bar applicants face in the guise of protecting the public. The FBBE cannot state any correlation between their searching inquiry of the mental health of applicants or conditional admission of applicants, and the future professional behavior of lawyers. In addition, the rational provided by the FBBE for their searching inquiry is that lawyers receive so much sensitive information in their careers, that the FBBE has the right to search a prospective lawyer’s entire background. Doctors, accountants, teachers, and others who receive sensitive information are not subject to such inquiry.

Focusing on actual dangers and conduct rather than stereotypical views relating to persons with treated mental illness is the essence of the mandate of the ADA. The existence of mental health eligibility screening by the Florida Board of Bar Examiners, and the imposition of differing standards of admission to lawyers with a mental disability is discrimination without evidence of need and is unlawful. If the Florida Bar attempted to screen existing members of the Bar for mental illness or treatment for mental illness, the ranks of the Bar would be decimated. However, the issue that is more of a threat are those persons who do suffer from mental illness, drug or alcohol addiction and do not receive assistance.

Instead of stigmatizing mental illness, we must work to ensure that lawyers and law students have access to mental health treatment as well as wellness programs to find methods in which to control depression and anxiety caused by the stressors that are part and parcel of our profession. Our Supreme Court must respond to the epidemic of mental illness by forming a committee with mental health professionals, lawyers who have mental disabilities, members of the bench, members of the Florida Board of Bar Examiners and the Florida Bar Board of Governors to develop appropriate questions to ensure that the public is protected from persons who demonstrate behavior that pose a safety to the public, to end stigma against lawyers and applicants to the bar with a history of mental illness, and to encourage psychological wellness and treatment for mental illness.