One Way of Hanging out with Friends

By: Danielle Fine
I know from personal experience, that it’s not easy living with any kind of disability, whether easily seen or an invisible disability. Though I won’t go into much specifics or detail as to the type of disability I have, I can say that one of the things I suffer from is social anxiety. Having social anxiety makes it difficult for me to go out and do things with friends or go out and make new friends, in how some other people might do so. Luckily for me, I have found several ways to help me deal with my own social anxiety, while getting to make friends and hang out with some friends I’ve already met. 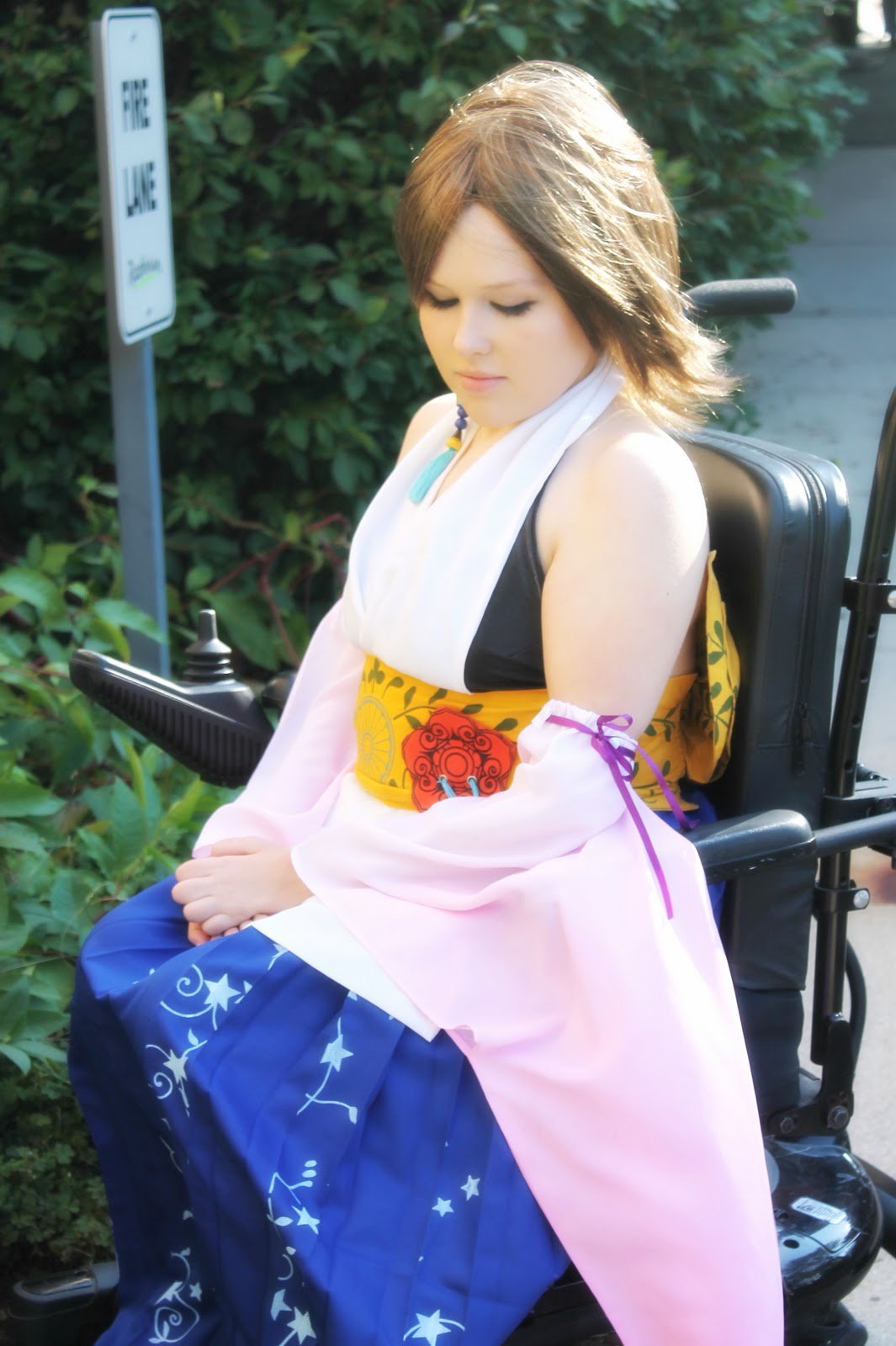 One of the ways that I have found that successfully help me deal with having social anxiety is by doing something called cosplay. Cosplay, which stands for “costume play” is basically defined as dressing up and pretending to be a fictional character (usually from fantasy or sci-fi series or movie(s), comic book series, video game or anime/manga series. I’m 26 years old and I’ve been cosplaying ever since I was 12 years old and fell in love with the hobby when I cosplayed for the first time at a local anime convention. Cosplaying not only helps me to make new friends and hang out with friends I’ve already made at comic book conventions or anime conventions, or cons for short, but it does various other things to help me as well. For example, cosplaying and going to an anime con gives me a liberating feeling that whenever I’m cosplaying, whether at a con or not, I don’t have to worry about people judging me negatively or worry that I won’t know how to act or what to say in a certain situation with other people. Another example of what cosplaying does for me is that if I’m cosplaying a specific character, for example, and they may have qualities, attributes, and/or traits that I admire, but I myself may not have, I sometimes can borrow any of their qualities, attributes, and/or traits, when I dress up like that character and act like them, even if it’s only pretend. For me, cosplaying is so much more than merely just dressing up like a fictional character and playing pretend. One of the things I think is amazing about cosplaying is that even if someone has a disability, they can cosplay as a fictional character like a comic book character that may or may not have the same disability that they have. Three very famous comic book superheroes, who happen to have a disability are: Daredevil whom is blind, Professor Charles Xavier from X-Men whom is typically depicted as a paraplegic who uses his wheelchair, and Hawkeye from the Avengers whom is deaf. I look up to many various cosplayers, whether they are able-bodied, have a disability that is easily seen or obvious, or have an invisible disability. One of the famous cosplayers I look up to is Misa on Wheels, a cosplayer from New England, who has a disability and cosplays while using a wheelchair. One of the main reasons why I look up to her as a cosplayer, from one cosplayer to another, is that she doesn’t let her disability become an obstacle in her way that stops her or prevents her from doing something she really loves to do. There’s something wonderfully powerful and empowering about cosplaying that I just can’t even begin to explain or describe, and that helps to motivate me in life.