New Guidance on Emotional Support Animals for Air Carriers – What does it mean? 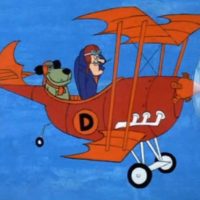 Almost nothing has engendered more controversy than turkeys, peacocks, and pigs on commercial aircraft.  As a result of the many passengers who choose to bring their animals on aircraft, airlines have been establishing new guidelines without oversight or guidance from the Department of Transportation and their view of enforcement of the Air Carrier Access Act of 1988, which prohibits discrimination in air travel on the basis with disability.  So, the Department of Transportation has asked for comments from airlines and the disability community for appropriate standards and has issued guidance on the basis of disability in air travel.

The general rule is that persons with disabilities are entitled to have reasonable accommodations for their disabilities when accessing air transportation.  Any assistance animal must both be necessary to the person with a disability and reasonable in the scope of air travel.  In total, the effects of the new guidance by the department of transportation is to provide limits on what would be reasonable, and what type of proof is required to establish necessity.

However, like any other issue involving disability accommodation, there is no bright line for establishing what is reasonable, and it is usually a factually intensive question, depending on the needs of a particular person with a disability.  As such, the Department of Transportation provides great discretion to air carriers in determining reasonableness in each circumstance.  The below answers are my interpretation of the guidance and rules, and for the full text of the guidance, go to the Department of Transportation webpage.

Can an air carrier refuse my emotional support dog because of her breed?

No.  Any across the board breed restrictions would violate the Air Carrier Access Act.  An emotional support animal can only be barred if that individual animal’s behavior poses a direct threat to the health and safety of others, that the animal is too large or too heavy, would cause a significant disruption in cabin service, or whether the law of a foreign country that is the destination of the flight would prohibit entry of the animal.

What about April the turkey or Dexter the emotional support peacock – are they allowed? 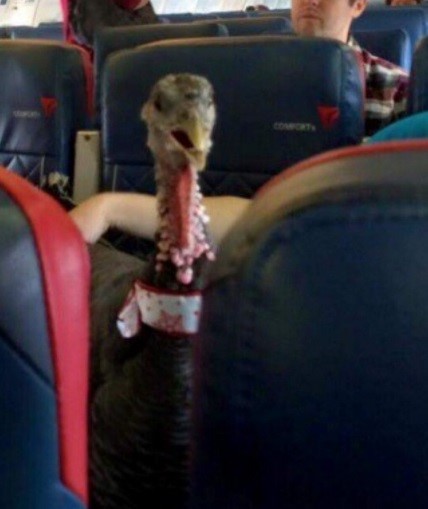 It depends.  Both Dexter and April have died, but air carriers cannot categorically exclude “unusual service animals”, unless they are snakes, other reptiles, ferrets, rodents, and spiders.  Accordingly, birds, hedgehogs, insects, and animals with hooves or horns should be allowed.  However, animals can also be excluded if that the animal is too large or too heavy, poses a direct threat to the health or safety of others, would cause a significant disruption in cabin service, or whether the law of a foreign country that is the destination of the flight would prohibit entry of the animal.
There is one caveat – foreign flagged carriers can limit their animals to dogs.

Can I bring my two Yorkie emotional support animals?  They both fit in my purse?

No. An airline is permitted to limit a passenger to one emotional support animal, and a total of three service animals (including the ESA).  However, because of the fact that both pups would not cause an issue, it is still worthwhile to ask, as it is up to an air carrier’s discretion.

My cat weighs 70 pounds, can the airline set a weight limit for cats like Garfield?

No.  Categorical weight limits are not permitted.  The weight of the animal is only one factor in determining if the animal would be a direct threat to the health and safety of others or would cause a significant disruption in cabin service.

But, is Garfield entitled to be out of his pet carrier, or does he need to be in the carrier for the whole flight?

Similar to the ADA, an animal must be under the control of his or her handler for the entire flight.  This may include that an animal must be kept in a pet carrier, on the floor by the passenger’s feet, or requiring the animal to be on a leash or tether.  It is all determined upon what would be reasonable under the circumstances, and the ability of the animal to do its service or provide emotional support, as well as the right of the other passengers to enjoy their own foot space.

What kind of documentation do I need to bring my ESA onto an airplane?

Airlines may ask for documentation relating to the animal’s vaccination, training and behavior, as long as it can be used to determine the animal poses a direct threat to the health and safety of others.  While air carriers can ask or encourage passengers to use their medical forms, failure to do so cannot be used to exclude the animal.  However the letter from the doctor must comply with the regulation which requires:

How do I need to check in for my flight?

Under this guidance, Airlines may require an Emotional support animal user to provide up to 48 hours advance notice of travel with appropriate documentation and require the passenger to appear in the lobby/ticketing area one hour prior to the regular check-in time for processing of service animal documentation.

Are the rules the same for a service animal?

No.  A service animal (individually trained to perform a task for a person with a disability) does not require any additional check in or other documentation.  Similar to the ADA, if a passenger’s disability is not clear or the use of the service animal is not clear, an air carrier can ask limited questions about the passenger’s need for the animal.  The limited questions are similar to the ADA questions of (1) is the dog a service animal required because of a disability? and (2) what work or task has the dog been trained to perform?  Service animal users do not need to provide advance notice of travel or appear in the lobby one hour prior to check-in.

If a flight is eight hours or more, can my service animal go on the flight?

What about my ESA?  Does the length of the flight really matter? 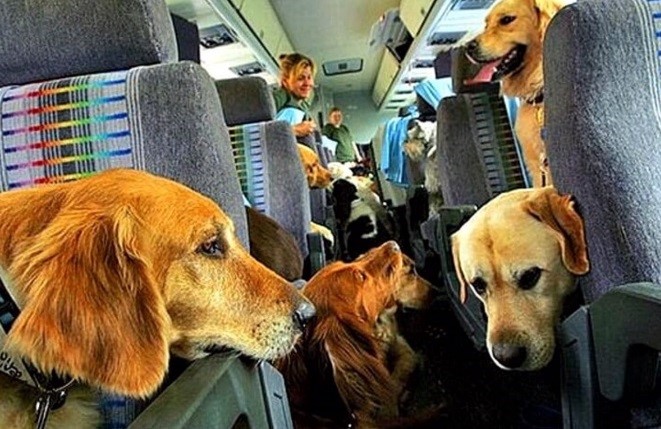 Yes. While the 48 hour notice requirement applies to the service animal user for flights more than 8 hours, it applies to ESAs for every flight. So even for short flights, you should have documentation that the animal will not need to relieve itself on the flight or that it can do so in a way that does not create a health or sanitation issue on the flight.

I need my puppy.  Can a puppy be an ESA that is allowed on air carriers?

No.  According to the Department of Transportation, while there is no age prohibition in the Air Carrier Access Act, or its regulation, any assistance animal must be sufficiently trained to behave in public, and if they are four months old, they would not be able to behave.

What happens if my rights are violated?

If you believe your rights are violated, ask for the Complaint Resolution Official (CRO) for the airline.   A CRO should be available at each airport you serve during all times you are operating at that airport.  If there is still an issue or problem, you can complain to the Department of Transportation through their website at https://www.transportation.gov/airconsumer/complaints-alleging-discriminatory-treatment-against-disabled-travelers.  However, the remedies under the Air Carrier Access Act are very narrow, and in their guidance, the Department of Transportation stated,  “Our enforcement efforts will be focused on clear violations of the current rule that have the potential to impact adversely the largest number of persons.”  Accordingly, if it is not an unlawful official rule of an air carrier, it is unlikely that there will be any enforcement.