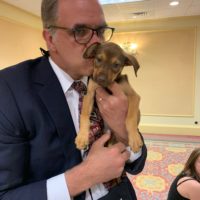 I am so excited and proud to be the Chair of the Animal Law Section of the Florida Bar.  At the 2019 Florida Bar Convention, we educated the mind and soul of the membership of The Florida Bar.  We taught on substantive issues in Animal Law, and Goat Yoga and our Puppy Pit were phenomenal successes. Primarily, I love animals, and this gives me a great excuse to infuse balance in my life and my practice.  Human animal interaction is a great component of willfulness as a busy trial attorney.  Goat Yoga and playing with puppies forces one to forget the pressures we all face and take a deep breath and smile.

Substantively, human-animal interaction is older than civilization itself.  However, currently most people consider their pets as part of their families, and provide equitable consideration for any animal’s existence in our world.  Accordingly,  interactions with animals effect more and more people on a daily basis and will have impact on every legal practice.  Here are some statistics: 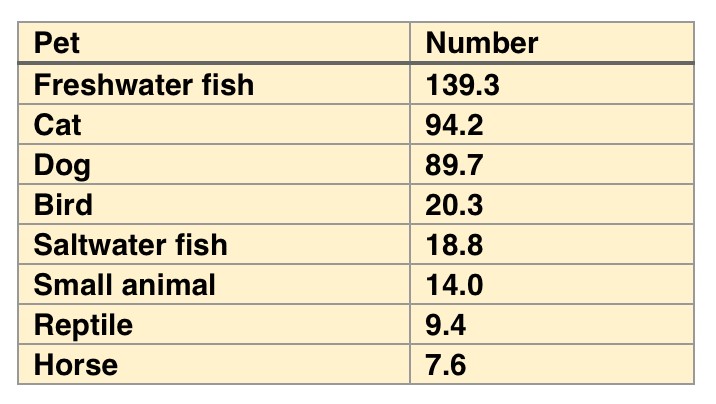 Also, the Animal Law section involves more than pets, but also non-domesticated animals, livestock and all other animal-related issues.  There are many areas where the legal aspects of animal law which may be obvious.  As property, contract law and probate and estate law would be an obvious link with animals – and some would not – such as the effects of bears and peacocks on homeowners associations.  Similarly, abuse of animals would be a direct area in which society has protected animals.  However, some areas are not so obvious. As a lawyer for children or victims of domestic abuse, there is a well-defined link between child abuse and animal abuse, and in 88% of homes of physically abused children also included abuse and neglect of the family pet.   Occasionally, animal abuse is used by the abuser to intimidate a domestic partner or a child. 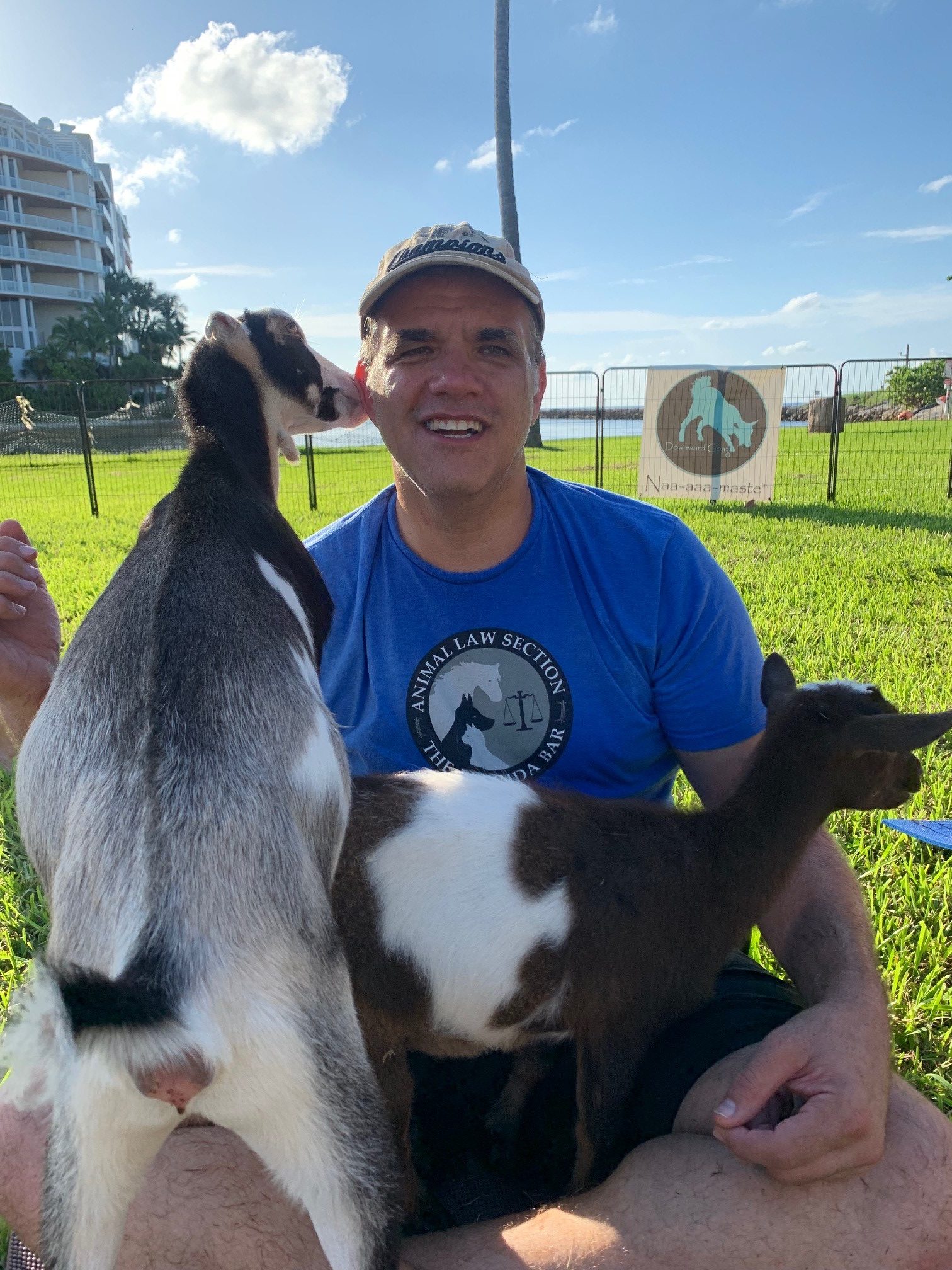 Furthermore, there is no greater area of controversy than the use of animals as a therapeutic treatment for mental illness or psychiatric disabilities. Today, the value of animal-assisted interventions, including animal-assisted therapy (AAT) is widely acknowledged to alleviate the symptoms of mental illness, such as depression and anxiety. There is currently a body of scientific literature on this topic, and how the companionship increases the release of the hormone oxytocin similar to the release during breastfeeding, labor, sex, but also touch, warmth, and stroking, usually in the context of trusting relationships.   The presence of an animal also promotes social integration, responsibility and quality of life.  Animal assisted therapies are used to reduce stress or anxiety, provide social support, increase motivation to participate or adhere to a program, and facilitate social interactions. The Florida Substance Abuse and Mental Health (SAMH) Program,[4] recognizes Animal Assisted therapy as stress reducing supports impacting  health outcomes for Autism Spectrum Disorder, Posttraumatic Stress Disorder, and other conditions by lowering blood pressure, reducing anxiety, and increasing communication efforts.[5]

As counselors at law, part of our duties is to review the facts and circumstances of each case and determine what is the best and moral, course of action for each client, and many of these cases involve an animal in one way or another.  The Animal Law Section provides CLEs and tools to do so. As Mahatma Gandhi said, “The greatness of a nation and its moral progress can be judged by the way its animals are treated.”

So, I am proud to be the chair of the Animal Law Section, and I welcome you to become a member.  I would like to thank Downward Goat for providing the yoga class and goat team, and the Humane Society of Broward County for providing the puppy pit!!!

If you want to become a member – the information is here at the Florida Bar Animal Law Section website.