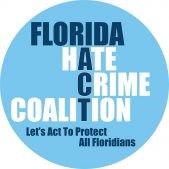 On January 22nd, I was honored to represent Disability Independence Group and speak on behalf of The Florida Hate Crime Coalition (FHCC). They applauded the recent filing of legislation that would strengthen Florida’s hate crime law.  This bill, Florida HB 211 and SB 588, ensures that all persons are protected from crime that is perpetrated, in part, by a person’s race, color, ancestry, ethnicity, religion, sexual orientation, national origin, disability, homeless status,   advanced age, gender, or gender identity.

The definition of “disability” under the existing Florida hate crime law, states as follows:

Ironically, this law would not have increased any penalties on Carl Starke’s killer – because Carl Starke, like most persons with disabilities, was far from incapacitated. Carl had a large and supportive network of family and friends in the Jacksonville area. He worked for years at Publix Super Market, and then worked Republic Waste Management as a loader. Carl made daily trips to Game Stop, Home Depot and Wal-Mart, and made friends wherever he went. Carl loved college football and spending time with his family and friends. He enjoyed working on his car and tinkering with various projects.

According to 2010 U.S. Census Data, out of the 56.7 million persons with disabilities in the United States, less than two percent have an intellectual or developmental disability. Further, many persons with Autism or other developmental disabilities are fully able to be involved in many, if not all, aspects of society, and make decisions on their own. As such, these persons are not, in any sense of the word, incapacitated. The millions of persons who are have physical disabilities, visual or hearing disabilities may similarly be “soft targets.” Hate crimes demand priority attention because of their special impact. They intimidate the victim and members of the victim’s community, leaving them feeling isolated, vulnerable, and unprotected by the law. With more and more persons with disabilities integrated into the community, vigorous investigation and prosecution of hate cr 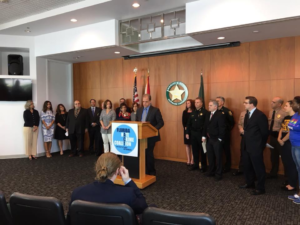 As reflected by state and federal crime statistics, far too few crimes against the disabled are classified and investigated as hate crimes. From 2002 to 2013, the Florida Attorney General reported a total of 1,319 hate crimes in the State of Florida, but only three of these crimes were based on disability. However, U.S Department of Justice statistics demonstrate that persons with disabilities are more than twice as likely to be victims of violent crime compared to persons without disabilities From 2008-2013, persons with disabilities experienced 1.3 million violent victimizations, which accounted for 21% of all violent victimizations.

That’s why Disability Independence Group has joined the Florida Hate Crimes Coalition to attempt to urge the sponsors of this bill to amend it to update the hate crime’s law definition to include all persons that have disabilities as in the Florida civil rights law, and not segregating persons with disabilities from all persons that are protected by the Florida Hate Crimes Act.  These amendments were sponsored at the 2018 Florida legislative session by Representative Joe Geller (D-100) and Senator Kevin Rader (D-29).  Led by the Anti-Defamation League (ADL), FHCC’s 44 members include civil rights and religious organizations, other non-profits, and law enforcement agencies.

This Hate Crimes bill also includes protection for persons on gender and gender identity.  Seventeen states and the District of Columbia have hate crime statutes that protect people based on gender identity, and transgender victims remain particularly vulnerable to hate crimes in Florida.

“ADL applauds the filing of this important and timely legislation.  Countering violence and other crimes motivated by hate is not a Democratic or Republican value, but an American value,” said Sheri Zvi, ADL’s Florida Regional Director.  “In light of the spike in hate crimes we are seeing nationally, the violence displayed at the August white supremacist rally in Charlottesville and the attempted homicide charges brought against three known white supremacists in conjunction with Richard Spencer’s recent appearance at the University of Florida, now is the time for the State Legislature to move this legislation forward,” said Zvi.

HB 211 and SB 588 would ensure that the State’s hate crime law protects all Floridians by expanding its definition of disability to cover all persons with disabilities, adding the categories of gender and gender identity, and covering mixed-motive hate crimes. IT IS TIME TO MAKE A  STAND AGAINST HATE!  Please  sign ADL’s  petition TODAY and so  a committee hearing can be scheduled for SB588/HB211. http://action.adl.org/commit-to-fighting-hate/