Litigation – Fair Housing Reasonable Accommodations – Hey Mr. Landlord, please can you make one little change so I can live in my home?

Last month, Disability Independence Group filed two cases, one on behalf of a woman who is blind, and another case on behalf of a veteran who had a massive heart attack and needed a simple accommodation.  Instead of allowing a simple and easy accommodation, the landlord decided to find some way to evict them.   Many landlords believe that the terms and conditions of the apartments they rent are not subject to modification – it’s “take it or leave it.”  But the Fair Housing Act requires landlords to make modifications to rules, policies or procedures so that tenants with disabilities can have the same opportunities to live in a home and in an integrated community.

BLIND AND WITHOUT A PATH – REID V. CRYSTAL LAKES

Debra Reid is an elderly woman who became blind as a result of a side effect of a medication for headaches.  For the past five years, she has learned how to become independent, including using a white cane, and she uses the county’s paratransit system to go to areas throughout the city.   Even though the landlord knew that Ms. Reid was blind, they would always give her lease, notices, and other materials in print to sign, and t 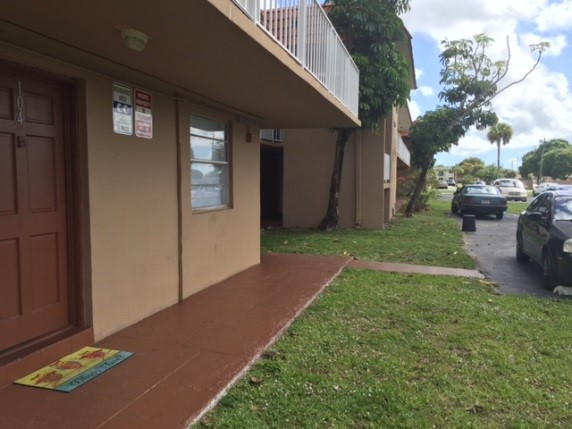 hen she would ask her neighbor to read it to her.

Upon using the sidewalk and path of travel, Ms. Reid would use her cane to determine if a car was blocking her path of travel.  Often, vehicles would block her access from her unit to the parking lot where she would have paratransit pick her up.  The neighbors that would park there would yell and would harass Ms. Reid when she exited her home and attempted to find a way to reach the paratransit vehicle.

Ms. Reid went to the property manager for Crystal Lakes and asked her to block the one spot in front of her path of travel so she could get access to the paratransit vehicle.  She even offered to pay to have the space painted so other vehicles would not park in that space.  The employee of Crystal Lakes refused the accommodation and advised Ms. Reid to call the police if neighbors were harassing her about their vehicles.  She did, and still there was no help.

Finally, Ms. Reid contacted Disability Independence Group and Housing Opportunities Project for Excellence for help.  However, upon receipt of assistance, the landlord agreed to provide her with a path of travel but claimed that she had vandalized the vehicles with her white cane when she attempted to get to her car!  In addition, the landlord decided not to renew Ms. Ried’s lease for another year because they claimed to no longer accept her rent subsidy.  Miami-Dade County does not permit landlords to discriminate based upon the renter’s source of income.  As such, while the termination was due to the Ms. Reid’s request for accommodation, the proffered reason by the landlord was also discriminatory.

Until April 5, 2015, Fabio Perez was an active man and veteran.  He suffered a massive heart attack while in the hospital undergoing a minor procedure and almost died.  His heart was so weak that he had an external defibrillator installed.  He could hardly walk without assistance or an assistive device.

Mr. Perez lived on the second floor of the apartment complex.  When he first moved in, the landlord asked if Mr. Perez could climb stairs, and he advised Mr. Perez that the elevators were only used for moving in and moving out.   The reason why the landlord did not have the elevators operating all the time was because the elevator company wanted to enter an agreement for $500 a month to maintain and repair the elevator and the landlord just did not want to spend the money.

While he was hospitalized, Mr. Perez hired a housekeeper to clean his house and feed his cat.  However, two days following his return, the landlord went to see Mr. Perez and demanded that he sign a new lease which ended his tenancy within a few months and included new conditions, limitations, and charges.  When Mr. Perez refused to agree, the next day, the landlord inspected the apartment for the first time and brought Mr. Perez’s neighbors to the inspection. The landlord moved and looked underneath furniture and cited Mr. Perez for having an unkempt apartment and for the presence of roaches.

This caused so much stress for Mr. Perez that he was required to go back to the hospital via ambulance.  While he was in the hospital, the landlord commenced eviction proceedings.  DIG is defending Mr. Perez and prosecuting the Fair Housing case on his behalf.