Many people have a gut response to this question.  Jessica Cox filed an administrative complaint with the Florida Commission on Human Relations claiming that she was excluded from every single ride at Universal Studios Orlando because she was born without arms, and she was not able to continually grasp the restraints with at least one hand.  Jessica believed that the restrictions on all of the rides were not based on actual risks, but instead, based upon stereotypes of what she can or cannot do. 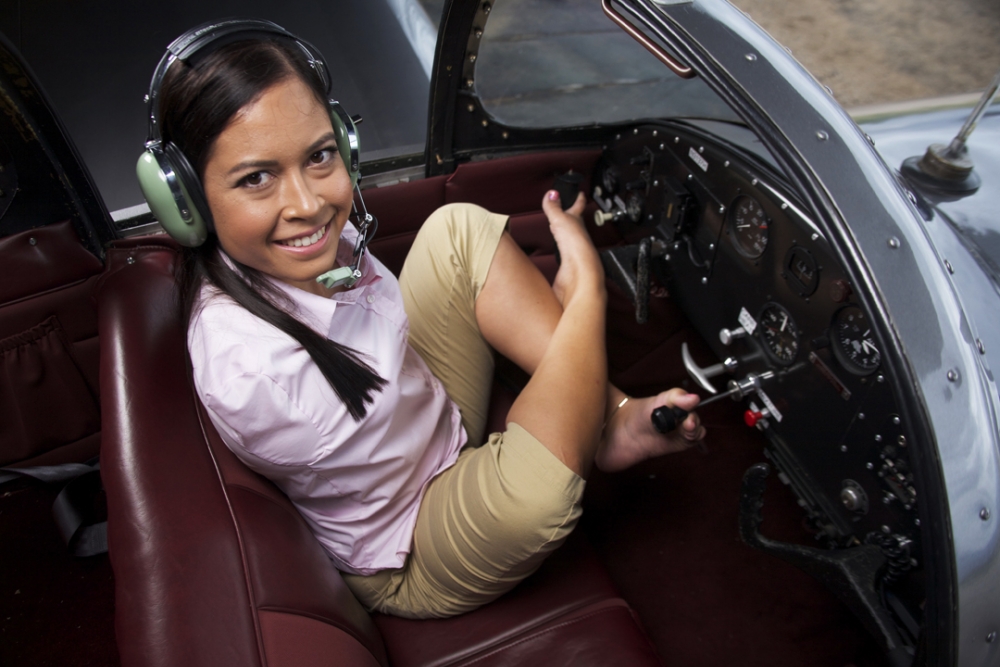 a classic overachiever in every sense of the word, and in relation to any person, able bodied or disabled.  She is the first armless person in aviation history to earn a pilot’s certificate, a black belt in Tae Kwon Do, a psychology degree from the University of Arizona, and motivational speaker.  She also does everything that “typical normates” can do, other than, according to her doctor, brush her hair.  She is the unstoppable force, and does not take “can’t” or “no” as an answer. (https://www.jessicacox.com/ )

So when this unstoppable force went to Universal Studios, she thought she thought she was going to have clear skies, but instead, she ran into turbulence.  According to Jessica Cox’s blog (http://www.handicap-international.us/jessica_cox_blog ):

Patrick and I were in Florida for the Fort Lauderdale Film Festival in November. We had an extra day, so we decided to go to Universal Orlando because we both love theme park rides. Some of my fondest childhood memories are of going on rides at Universal Studios Hollywood with my brother and sister. I loved the E.T. Adventure and Jurassic Park rides and seeing Jaws on the Studio Tour.

That morning, we were so excited that we were there 30 minutes before opening. At the gate was a sign that said, “People with Disabilities, Go to Guest Services,” so we made our way there as soon as the gate opened.

At Guest Services, they issued me a special disability pass and a rider’s guide for people with disabilities. Without any discussion, we took these, and made our way to the first ride, the “Hollywood Rip Ride Rockit” roller coaster. The Rider’s Guide, as well as Universal Studios’ website, had the following notes on the ride:

“This ride employs safety restraints which may not accommodate certain people due to their body shape or size”. It went on to describe a number of requirements including that the rider be able to “continuously grasp with at least one upper extremity.”

When we arrived at the ride, it was obvious from the seat display that the mentioned restrictions applied to my particular condition of being armless, and so I insisted that Patrick go on the ride while I waited for him on a nearby bench. “I’ll just go on the next one,” I thought to myself.

I was mistaken. As we looked at the rider’s guide, we became increasingly dismayed. We checked the rides one by one, and discovered that seemingly every single one, even the gentle kiddie rides, were deemed unsuitable for a person like me.

We were excited when we saw that the “Shrek 4-D” ride listed no restrictions for amputees. Shrek 4-D is a theater-style ride described in the rider’s guide as “involving loud noises, strobes, fog effects, and sudden movement, which could aggravate certain medical conditions. Stationary seating is available…” Finally, I would get my chance. As we waited in line, an attendant came up to me and told me that I had to sit on a stationary seat in the front row. Without arguing, we made our way to the front row and I sat on a stationary seat. When the ride was finished, Patrick turned to me and said he could not understand why I could not be in a moving seat considering how simple the movement was. There was not even a seatbelt in the moving seats.

We decided to pay Guest Services a visit, and asked to speak to the manager. A lady told us that she would be happy to refund the price of our tickets and register our concerns in their computer system. At that point, the manager walked over, and I explained that my main frustration is not just about the restrictions.

I understood that these are manufacturer-imposed restrictions and that the theme park could not do anything about that. I was frustrated that the theme park was being advertised as a welcoming environment when my experience of being excluded just demonstrated that it is not. People like me would benefit from being better informed about the park’s policies on disabilities so that we could find better use of our time. Not knowing that I could not go on the rides, I chose to spend my one free day Florida at Universal Orlando, only to find out—after paying for tickets and entering the park—that I would be sitting on a bench the whole time.

I fully understand that safety is, as it should be, the utmost priority. It is understandable that I am restricted from a roller coaster ride, but there was really no reason for me to be kept from a moving seat in a theater. Due to the park’s broad restrictions, I was effectively discriminated against. How is it possible to be in a country that will allow a woman without arms to fly an airplane and yet be prevented from going on amusement park rides?

I felt ignored, unseen, not taken into account. I know from experience that this often how people with disabilities in developing countries feel, but it was jarring to feel this way in the U.S. in 2015.

At Universal, I was no longer the first armless pilot who flies a plane with her feet. I was back on the playground at my pre-school, standing on the sidelines, watching the other kids play. I remembered wanting so much to do everything else the other children were allowed to do. I wanted to climb up that 12-foot slide that towered high above everything else, but the playground monitors were afraid I would fall off the ladder. I wanted to run as fast as I could but everyone told me to slow down. They wanted to protect me, but they limited me.

Considering how much the advocacy for people with disabilities has grown, it is disheartening to note that the evolution in this particular case has been towards exclusion rather than inclusion. I am saddened to think that children with disabilities born after my generation may never have the magical experience of a theme park ride.

As soon as I was back home, I made a follow-up call to Universal Studios. I was promised that my concerns would be documented, because they are feedback-based company. However, I was also told that their policies are cut and dried and are there for safety reasons. Basically, I was told that nothing could be done.

Last month, Jessica’s story appeared throughout the nation.  See http://www.wftv.com/news/9-investigates/woman-without-arms-files-discrimination-complaint-against-universal-orlando/435099189  The news coverage brought out two very different attitudes about whether Jessica could be able to have an opportunity to go on the amusement rides, and there were many comments that demonstrated the general public’s perception of disability:

The generalized assumptions are always that there is a reason for the limitations, and if the rationale for the changes are related to safety, then they must have an adequate rationale.  Persons with disabilities, like many other minorities, live in a patriarchal system where persons without disabilities attempt to dictate rules and norms.  In this way, persons with disabilities, as a class, are no different from other societal classes, such as gender, race, class or caste where the dominant population crea 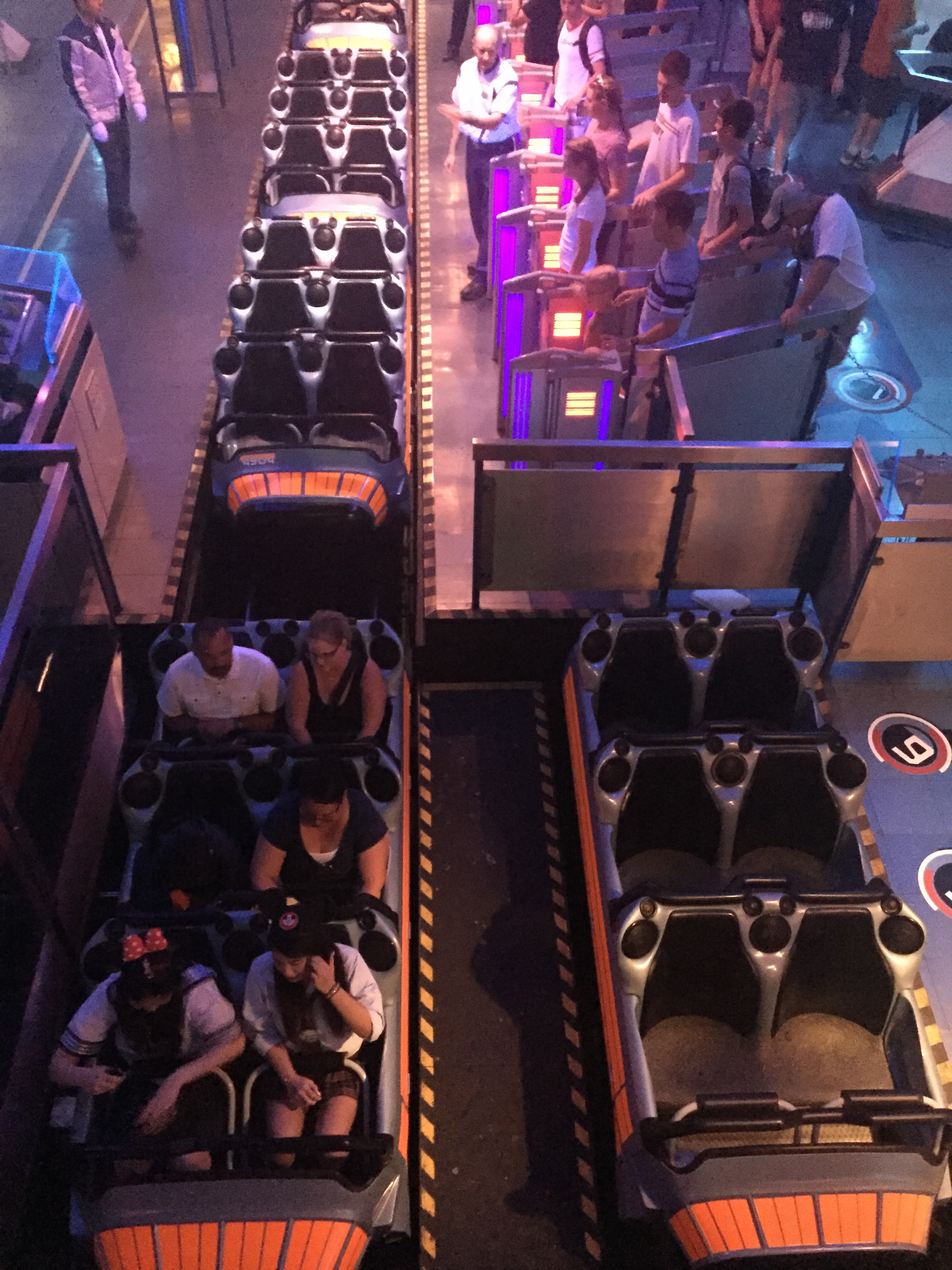 tes rules or structures to limit the rights of others.   So, the underlying question is why – is there a basis for the limitation, or is it merely the stereotypical perceptions of ability.  After reviewing the comments above, the same assumptions or statements could be made about a woman who would like to wrestle or play football.

Rides were not always restricted to persons without arms.  The restrictions started after 2011, when Sgt. James Hackemer – an Iraq War veteran who lost his legs and one hip in combat — flew out of the “Ride of Steel” at New York’s Darien Lake Theme Park, and died. Authorities said he and a family member checked with the park about safety instructions before he got on the ride.  After this accident, theme parks restricted rides to those persons who had both one leg and one hand.  The hand was to grasp and hold the restraints.  Further, only some of the parks have adopted this limitation, and this limitation is not universal. For example, Disney parks does not have this limitation, and Jessica is able to go on Disney rides without limitations.

The validity of this limitations is suspect when the limitation is questioned.  None of these parks have tests to determine the extent of a grip required, and persons who have hands, but limited or no grip, are not barred from going on a ride due to this standard.  There are many disabilities where a person is unable to grasp a safety restraint, such as those who have multiple sclerosis, muscular dystrophy (including ALS), quadriplegia, cerebral palsy, arthritis, or other similar disability which affects the ability to hold on to a restraint device.  Further, there are many cognitive disabilities that may hinder someone’s understanding to hold onto the safety restraint, such as a developmental or intellectual disability. Further, even without any disabilities, it is common that many folks do not hold on to the restraints.  Lastly, I have never seen a sign at any amusement parks that says “PLEASE HOLD ON TO THE RESTRAINTS!”

The Americans with Disabilities Act prohibits this type of discrimination by deeming eligibility criteria not shown to be necessary as unlawful, by defining discrimination as:

Further, providing limitations on safety are also allowed, but the limitations must be based on real risks, and not assumptions or stereotypes.  The ADA regulations provide as follows:

(b) Safety. A public accommodation may impose legitimate safety requirements that are necessary for safe operation. Safety requirements must be based on actual risks and not on mere speculation, stereotypes, or generalizations about individuals with disabilities.

According to the safety regulations promulgated by the industry experts, the ASTM standards, the guidelines for restrictions are based on a suitability assessment based on an anthropometric factors that relate age and physical size.  This focuses on the measurements of the human body as compared to the design of the ride.   For example, rides have seats and restraints that have features such as contours, dividers, bolsters or other forms and shapes that aid in preventing patrons from sliding longitudinally or laterally outside of the restraint area.   When a person does not have a body size or shape that does not fit within the designed contours, then that person has a danger of sliding out of the seat.

For a person of short stature, or does not have thighs or hips that can fit within the restraint area, a limitation may be permissible and based on risks. All persons must fit into the restraint area, disabled or able bodied. However, with arms, it may be different.

Each time that I have ever been to an amusement park, I have always seen riders of roller coasters wave their arms in the air like they don’t care.  Jessica Cox was featured in the Channel 4 Paralympics “We’re the Superhumans” trailer that has almost seven million views on Youtube https://youtu.be/IocLkk3aYlk .  The premise of the video was “Yes I can”.    The premise of the Americans with Disabilities Act is that society must tear down barriers that are solely due to prejudice and antiquated attitudes.