I told you so – but I didn’t think it would be so soon.

Last July, I railed against the Florida Legislature’s attempt to dilute the Americans with Disabilities Act in an article entitled, Florida’s Not So happy Anniversary Present to the ADA.  I maintained that newly enacted Section 553.5141, Florida Statutes, violated basic tenants of federalism and violated the ADA.  Section 553.5141 permitted certification of a public accommodation as compliant with Title III of the Americans with Disabilities Act if an expert (even a landscape architect) designed a Remediation Plan that requires all barriers to accessibility to be resolved within ten years.  In effect, it pushed the pause button on any case, and allowed experts to design shoddy remediation plans that do not comply with the standards of the law. 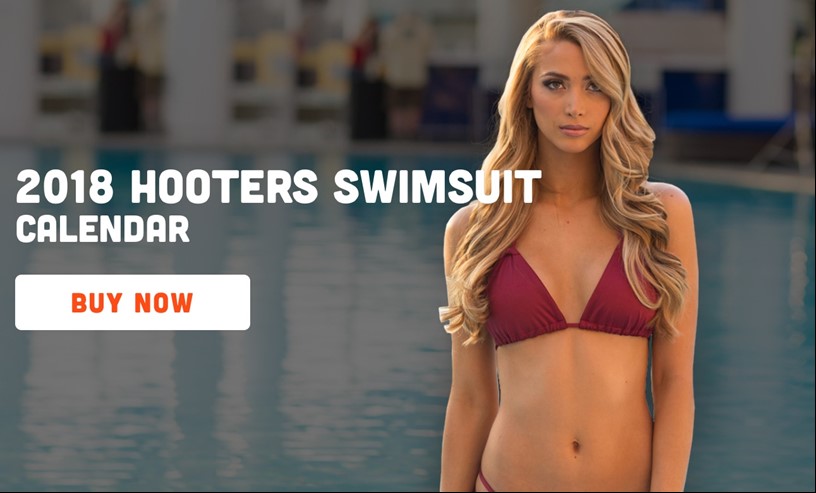 Aside from the screen reader stating: “2018 Hooters Swimsuit Calendar , BUY NOW, there is no description of the picture other than “masthead picture” In addition to the text, it should state, “a photograph of woman from the waist up, with long auburn flowing hair, wearing a maroon bikini top with a large swimming pool in the background.”

Aside from the screen reader stating: “2018 Hooters Swimsuit Calendar , BUY NOW, there is no description of the picture other than “masthead picture”  In addition to the text, it should state, “a photograph of  woman from the waist up, with long auburn flowing hair, wearing a maroon bikini top with a large swimming pool in the background.”

The law was effectively killed by the Eleventh Circuit Court of Appeals in Haynes v. Hooters of America, Case No. 17-13170 (decided June 18, 2018).  I can honestly say that after watching the oral argument, I thought that my colleague, Tom Bacon, had his behind kicked thoroughly.  Basically, Mr. Bacon’s client, Dennis Haynes, a Blind man, sued Hooters because it was not accessible for him because he could not adequately navigate the site with his screen reading software.  For example, the picture’s descriptions were not sufficiently alt-tagged, in which the website would contain descriptions for pictures, as described above.

Unbeknownst to Mr. Bacon, a separate lawsuit had been filed against Hooters, and Hooters had entered into a settlement and compliance plan which allowed compliance with the applicable industry standards over one year.   The lawsuit was settled over a month after Mr. Bacon fired his suit.

Ok – so far – what does this have to do with 553.5141?  The Haynes case went far beyond what 553.5141 would require.  The settlement was a ONE year plan, and not a 10 year plan, and the remediation plan fully complied with current law.  Under 553.5141, there was no way to determine actual compliance beyond a paid expert’s certification of compliance.  So in light of 553.5141, Judge Scola did exactly what the Florida legislature would have expected if this settlement was executed voluntarily and registered under the statute.

So, in accord with a traditional reading of the requirements of the legal doctrine of mootness, the Eleventh Circuit Court of Appeals reversed the District Court’s decision on dismissal, and reinstated the case.  The Circuit Court had three grounds:

Effect on Mr. Haynes case and the Moral of the Story

A settlement is an agreement between two parties as a resolution of a case and does not affect the rights of any third party.  Even a judgment only affects the parties involved.  The only method to insure compliance with the ADA or any other statute that includes standards for compliance – is to comply with such standards.  With the Americans with Disabilities Act, It’s been almost 28 years since the statute has been enacted.  To the extent that the premises is construction that existed prior to 1990, then ask for a judicial declaration that the modifications are the extent that is required under the readily achievable standard of the ADA.

For defense attorneys who do not obtain compliance with the standards to obtain a settlement, their clients will always be subject to additional suits.  In other words, it’s a gamble, and it could be penny wise and pound stupid.

As to Mr. Haynes, Hooter’s was supposed to have a fully compliant website by September 2018.  By the time the mandate issues, and the case continues in the District Court, the website should be compliant.  In light of the appeal and the settlement, it would have been almost contemptuous if it is not done.  In that event, then the Court may again decide it is moot.  The standard is the likelihood that the website will become non-compliant in light of the past history of the company, whether the company accepts the wrongfulness of its prior practices, cure of any past harm, and practices to ensure continued compliance.

For straightforward barrier removal cases, a better solution would be to enact a remedy that is more beneficial to the aggrieved party than a federal lawsuit.  For example, if the legislature amended the Florida Civil Rights Act to include the ADA, claims would be required to exhaust administrative conditions before filing a lawsuit to obtain damages. However, most claims would be resolved within the administrative process, so there would be nothing for a federal court to litigate. In most cases, damages would be nominal—especially compared to litigation in federal court.