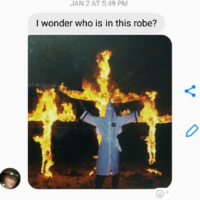 Tampa, FL, January 1, 2020, the City of Tampa filed a fair housing case on behalf of Shelquen Washington and her three minor children for a series of blatantly discriminatory acts by a property manager of a Tampa quadplex located on Temple Heights Road.

According to Ms. Washington’s attorney, Miami Civil Rights litigator, Matthew Dietz, Ms. Washington was targeted by a housing provider who felt emboldened to prey on a vulnerable resident who could not move to a new location because of the lack of affordable housing options. For months, Ms. Washington was subject to racial and sexual harassment, false reports to authorities so she would have her children removed or housing vouchers revoked, harassment of her guests because of their color, and a wrongful eviction.

In November 2017, soon after moving into an apartment owned by CTP Financial Inc, Ms. Washington was propositioned by the property manager, Vincent Russel Lambert. Mr. Lambert pinched Ms. Washington’s shoulder and told her that he had previously had issues with a former tenant whom had played the “race card”, but he would not mind having his “first piece of dark meat.”

Mr. Lambert would send a picture of himself in his Klansman robes, and send texts to Stout that stated:

Yea shes a typical nig.. Auto jumps to race card instead of looking in mirror and realizing shes a shitty neighbor and tenant & her free ride is up

As such, it was Mr. Lambert’s plan to ensure that he could manufacture grounds to evict her.

All she can do is create more work for us but im gonna get her kicked out…welfare free ride is over and them kids (her paycheck) in state custody. See how niggery she gets then.

Watch what happens to her world. I already got a tenant coming in to replace her

Shelquen may have run her mouth but he cant fail us of her bs if pipe is like he wants. Fuck her thot ass! Nigger whore living off bastard kids
Probably none same dad.

For the next three months, it was non-stop harassment for Ms. Washington and her children. First, Mr. Lambert locked off the back yard to the Washington family. This was particularly difficult for Ms. Lambert’s seven-year-old daughter, Leon’iah, who is Autistic and wanders away.

Then, Lambert made a false abuse report to the Department of Children and Families, and accused Ms. Washington and her mother of using marijuana and crack, sleeping with many men (including drug dealers), and leaving alcohol bottles strewn about the building, and the children were neglected and playing in the street and in dumpsters. To his friend, Mr. Stout, Mr. Lambert texted as follows:

Shelquin better get ready for DCF cause she is fucking with all of our $$ cause shes a whore & cant control her fuck for the night.

DCF did not find any basis for the report, however, they did do a thorough investigation, and Ms. Washington agreed to undergo drug tests to prove that she was a good mother and not on drugs.

Lambert bragged to Stout that he knew that DCF is required to keep the reporter’s name confidential, but Ms. Washington knew that it was Lambert, and Lambert was hoping that she would give him any reason to evict:

When I come back im having cops nearby to set her up & hopefully get her arrested. I spoke to captain Flynn today & told her that I have her on video calling me racist names so it could be hate crime…lol That’s right. Goes both ways.

Ms. Washington did not give Mr. Lambert any excuses to have her arrested. But the harassment continued.

The eviction proceedings started on March 13, when Mr. Lambert was upset when an African American man came to Ms. Washington’s home to take her to the hospital emergency room, and he called the police when he refused to move his car when he went to drive Ms. Washington.

We are currently living in a time where people feel emboldened and brag about their prejudices to those who they believe share their views. We also live in a time where it is perceived that such behavior is condoned. It is not. Ms. Washington and her children should be allowed to have an opportunity to live in the community without fear of discrimination or harassment.

A copy of the complaint which includes the texts and photos of the statements, and the finding from the City of Tampa is included here: Intervenor Complaint

The case is City of Tampa v. CTP Financial, Case No. 19-CA-012893 in the Circuit Court for the Thirteenth Judicial Circuit in Hillsborough County, Florida. It has been assigned to Circuit Court Judge Cheryl K. Thomas.