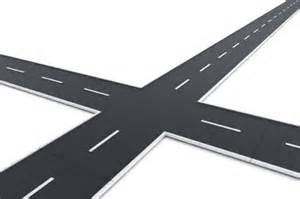 Domestic violence myths and misconceptions abound. Nearly everyone will have some form of preconception on what domestic violence actually is; why abusers abuse and why victims are victimized.

In the same way as we tend to have a stereotypical picture of what domestic abuse is, we have similar pictures of what sort of person both the abused and the abuser are. We may assume the abused will have originated from a family where abuse took place, or may have been abused themselves during childhood. Some people believe the victim actually enjoys being abused in some masochistic way, or is encouraging it because they enjoy the attention of feeling victimized. Our perceptions tend to be distorted by domestic violence myths, perpetuated both by the media and by society in general, and are unrelated to the reality or the extent of Domestic Abuse. ANYBODY can become a victim of Domestic Abuse.

Following are some of the domestic violence myths and facts:

FACT :Abuse pervades every ethnic, social strata. White collar workers are just as likely to abuse their wives/partners as are blue-collar workers; financially independent people are just as likely to suffer abuse as are people on low incomes. It is not the social standing, the amount of stress lived under or the company kept which makes an abuser, but the internal need for power, the belief that they have the right to control someone else.

FACT: Abusing, battering, assaulting or raping another person is a criminal offence not a family matter.  Domestic Abuse has far-reaching social implications for everyone, affecting the abused person’s ability to lead a productive life and encouraging children brought up in an abusive home to repeat the cycle themselves and having a detrimental impact on their emotional and sometimes physical well-being. A lot of doctors and hospital time and funds are needed to help those who have been victimized or beaten.

MYTH: Domestic Abuse is not such a big problem – very few women are actually badly hurt.

FACT: Domestic Abuse is a HUGE problem. It is estimated that 1 in 4 women live in abusive relationships, and within our lifetime half of us can expect to be the victim of domestic or intimate partner violence. Abuse can be lethal. More women are killed by their partner or ex-partner than by a stranger. And even where physical violence has not occurred, the emotional scars can often have a lifelong effect on the victim.

MYTH: Some women ask for it, provoke it, want it or even deserve it.

FACT: NOBODY deserves to be beaten or abused. Women often have to walk on eggshells and try their best to avoid another incident. The abuser WANTS to abuse. This domestic violence myth encourages the blame-shifting from the abuser to the abused and avoids the stark reality that only the abuser is responsible for his/her own actions.

MYTH: Domestic Abuse is caused by excessive alcohol or the use of drugs.

FACT: A lot of research is going into the link between drug or alcohol use and violence. However, although some abusers are more prone to being violent when drunk, many more abuse when completely sober. Alcohol and drugs may increase the violence, but they do not cause it. Alcohol and drug abuse are separate issues from abuse, though they may overlap. Once again, blaming chemical dependency for abuse is missing the point, the abuser is responsible for their actions.

FACT: Very rarely is abuse a one-time incident. Most often it is part of an ongoing means of establishing and maintaining control over another person. Abuse tends to increase both in velocity and extent over a period of time.

MYTH: It can’t be that bad, or she/he would leave.

FACT: There are many emotional, social, spiritual and financial hurdles to overcome before someone being abused can leave. Very often, the constant undermining of the victims self-belief and self-esteem can leave him/her with very little confidence, socially isolated, and without the normal decision-making abilities. Leaving or trying to leave will also often increase the violence or abuse, and can put both the victim and her children in a position of fearing for their lives. Leaving is the ultimate threat to the abusers power and control, and he will often do anything rather than let her go.

FACT: Abusers are often charming, popular, generous people who can hold positions of social standing. and authority. Abuse is kept in the privacy of their own homes. This “Jekyll and Hyde” tendency of the abuser can further confuse and frighten the person being abused, as the person in private is so different from the person everyone else sees. It can also mean that when the person being abused finally does try to tell his/her friends, family or acquaintances of the abuse, he or she is not believed, because the person they are describing simply doesn’t fit the image portrayed in public.