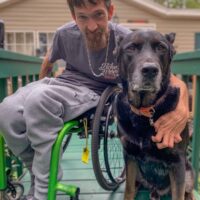 On September 18th, the Eleventh Circuit Court of Appeals decided Schaw v. Habitat for Humanity of Citrus County, in a very easy to read opinion that spelled out the process for determining whether an accommodation for a disability is reasonable and necessary.  U.S. Circuit Court Judge Kevin Newsom, the author of the opinion, acknowledged that the concept is a “little squishy”, and analogized that the difference between an accommodation that is required and one that is a fundamental alteration is the difference between saddling a camel and removing its hump.

In 2006, when Albert Schaw was 20 years old, he fractured his cervical spine in a wrestling accident and became a quadriplegic. Because of his disability, he was not able to get gainful employment and received Social Security Disability Income. In 2015, Albert rented a two bedroom home for $ 675 per month, but it was not accessible for him, to the extent that he could not even close the door of the bathroom because he used a wheelchair.

Albert decided to apply for Habitat for Humanity’s Home Ownership Program because the payment would be less than his rent, and he would have the ability to be a homeowner of a house that he could actually use.  However, Habitat for Humanity’s minimum income qualification to qualify for a home was more than Albert’s income received from Social Security.  Albert requested that Habitat for Humanity either take into account his food stamp payment or a $ 100 per month support from his family to meet the minimum income requirement.  This was refused, because Habitat for Humanity demanded assurances that the family support would not cease and requested the family set up an annuity plan or a trust.  Not only would the creation of a trust be expensive, it may have also disqualified Albert from other benefits that he would have received.  As a result, Albert Schaw could not qualify for a Habitat home.

Albert Schaw sued Habitat for Humanity under the Fair Housing Act.  The district court judge granted judgment as a matter of law for Habitat for Humanity as the Court decided that the accommodation was based on Mr. Schaw’s lack of financial means, and not necessary because of his disability.  Further, a financial accommodation would have given Mr. Schaw a better opportunity, instead of an equal opportunity to use and enjoy Habitat’s dwelling.

The Eleventh Circuit Court of Appeals reversed the district court’s judgment and found that the effect of Mr. Schaw’s disability did not allow him to work, and as such, the accommodation was necessary because of Mr. Schaw’s disability, and the accommodation was reasonable because he was still held to the same income qualification standards as others.  Lastly, the court held that it was error to consider the alternative accommodations.   The importance of the decision is how the Circuit Court walked the reader through the required analysis and how the burden shifts from the person with a disability to the defendant.

However, the Circuit Court cautioned that it may be necessary to look at Mr. Schaw’s pre-accident earning ability to determine whether his earning ability was effected by his disability.  In the situation with Habitat for Humanity, the Circuit Court , the court acknowledged that Mr. Schaw would need to be eligible a job that earned less than minimum wage to be qualified for a Habitat for Humanity home .  As such, this  Court’s guidance was likely targeted to future cases where the eligibility qualifications for a home are substantially higher.  The confusing aspect of this analysis is that it is nearly impossible to quantify the effect that disability has on future earnings ability for a child or for a person with intellectual or developmental disability, while, at the same time, there is no question that but for the disability, there would be a higher earning potential.

The Court stated that an accommodation requires a fundamental alteration if it would eliminate an essential aspect of the relevant activity, or, in other words, it would remove the camel’s hump.  For fundamental alteration, the court must evaluate the “basic purposes of the rule or policy at issue”  The Eleventh Circuit gave several examples (the citations are in the opinion):

The Circuit Court found that the shifting the burden to Mr. Schaw when the housing provider offered an accommodation without determining the reasonability of the requested accommodation was error by the district court.  The purpose of first considering and giving deference to a person with a disability is due to the fact that the person with a disability has the best knowledge of what would work for them.   The issue of alternate accommodations is only relevant when the requested accommodation is not reasonable because it is an undue burden or a fundamental alteration. This obligation was detailed in the Joint Statement of the U.S. Department of Housing and Urban Development and the U.S. Department of Justice Reasonable Accommodations Under the Fair Housing Act– Question 7 to 10.

What Habitat asks for is essentially a guarantee that Schaw’s income will continue. That’s understandable enough—Habitat wants assurance that if it risks accepting an alternate form of income, it will continue to be paid. But providing “insurance” in the form of a trust or annuity costs money and takes time, and the record does not reflect that Habitat requires the same level of assurance from non-disabled applicants. …

When a condition is not placed on a similarly situated able-bodied person, then the extra charge or condition can be deemed to be a discriminatory term or condition that would also be a violation of the fair housing act or the Americans with Disabilities act.  Furthermore, the  Joint Statement clarifies that housing providers cannot impose additional fees, charges, or requirements to obtain insurance as a condition to granting an accommodation.

Albert Schaw’s case was sent back down to the trial court to determine whether his accommodation was reasonable and, if so, whether it would cause an undue burden or fundamental alteration to Habitat for Humanity.  This case will have far reaching effects on providers of housing or entities under the Americans with Disabilities Act.  For housing providers, the ability to look at other sources of income to determine eligibility requirements will expand housing opportunities for persons with disabilities.  It will also require housing providers to focus more on the burdens that a requested accommodation would have on their programs or services instead of attempting to substitute their preferred accommodation from the accommodation requested by the person with a disability.