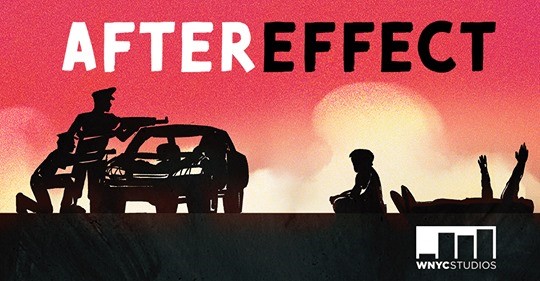 Aftereffect is a podcast produced by WYNC Studios, and hosted by Audrey Quinn.  In this series, Audrey weaves Arnaldo Rios-Soto’s story and explains how Florida is ill-equipped to provide adequate community-based services for him, and what he went through.  The synopsis of the eight episode series is as follows:

In the summer of 2016, a police shooting upended the life of Arnaldo Rios Soto, a 26-year old, non-speaking, autistic man. Aftereffect tells Arnaldo’s story — a hidden world of psych wards, physical abuse and chemical restraints — and asks the question: What made Arnaldo’s life go so wrong?

At Disability Independence Group, we represent many Persons with Disabilities who may not be able to express themselves in the same way that a neurotypical person may do so.  Audrey Quinn tells Arnaldo’s story from many different standpoints, including his own standpoint.  I have heard too many news stories on persons with disabilities that make me cringe with either dehumanizing the person with a disability and/or finding the person with a disability a tool to inspire the able-bodied.  Audrey describes Arnaldo’s humanity as well as demonstrates the process of doing so, for example, asking his permission to record his voice and the process for doing so.

When I initially accepted Arnaldo’s representation, my first goal was to ensure that Arnaldo Rios-Soto was the individual human being who was shot at in 2016, and he was not to be referred as Charles Kiney’s patient, or a patient of a group home.  Aftereffect shows that we are treating these human beings in way that is wrong, and they deserve better.