A Mother of an Adult with Down Syndrome’s Worst Nightmare

A Mother of an Adult with Down Syndrome’s Worst Nightmare 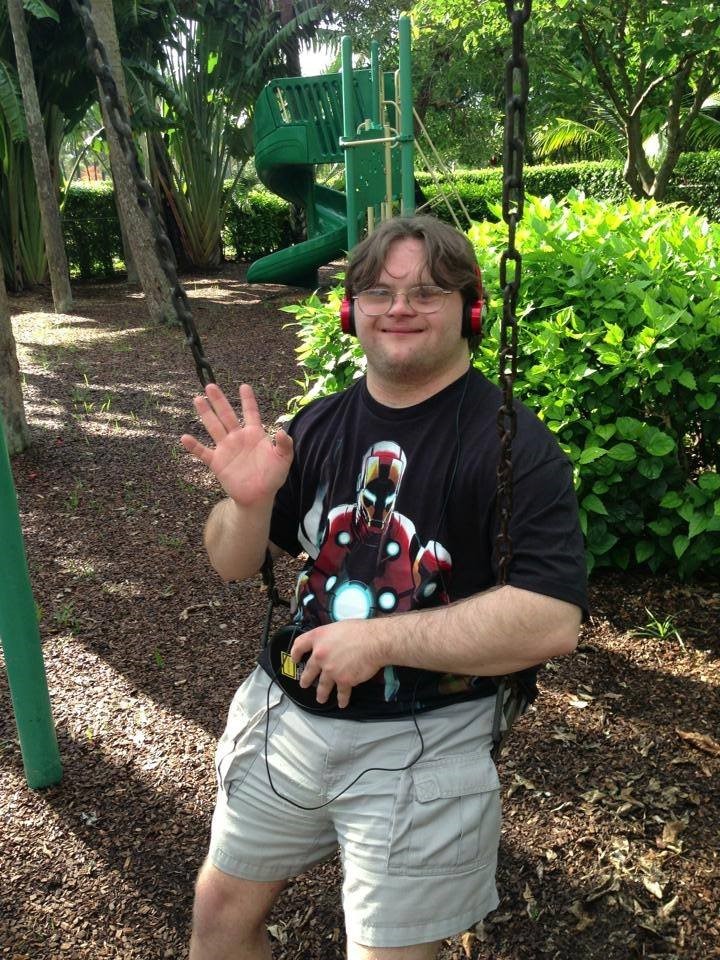 I have just found a note hanging on my door that Reflections will not be renewing my lease. my worse fear, Karl has been hiding in his room since this has all began. the officer had told the Manager that this was all a mistake but now my world has come crashing down. i cannot even think of where i will get the money to move and work at the same time or even where we will go. i am sorry, bad things do happen to good people. . i have no idea what we are going to do, thank you for all your support so far but to add to this burden i am going to have back off this and make sure Karl doesn’t end up homeless.

On August 25, 2012, Karl Hunt, a 23 year old man with Down Syndrome, went into the office of his Palm Beach rental community, Reflections.  Karl loves to watch a Japanese anime cartoon television series called Fullmetal Alchemist.  While explaining the cartoon in the office, he drew on a map of the property and the property manager thought he said that he was going to sacrifice her, and then trap all of the residents in their apartments and set the property on fire.

As a result of this, the property manager decided that Karl, or his mother Dyan, should not live in Reflections which was then owned by the nationwide owner of rental property, AIMCO.   Dyan Hunt tried to explain that Karl has an intellectual disability and because of his disability, he cannot adequately explain himself. Dyan also offered to send Karl to a day facility so he would not be at the development when she was at work.

Despite Ms. Hunt’s pleas, the property manager rebuked Ms. Hunt and advised that words like that “should not come out in a joking matter. It did not make a difference – Karl had to go.

Five days after the incident, the property manager called the police to Ms. Hunt’s home and deliver a trespass notice.  They came to the Hunt home with the police deputy to confront the intellectually disabled young man.  According to the AIMCO property log:

Karl was asleep Deputy Kushell had her wake him up.  He came out to the living room and was told that he was not in any trouble but he would be if he is to ever return to the Clubhouse/Office at any given time.  This was repeated to him 2 times, and then Deputy Kushell asked him to repeat it so that he understands what it means and will obey his orders.  He was advised that if he is seen or visits the Clubhouse/Office that he will go with him to the police department and he will not be home. Karl nodded and repeated he understood and said he will not visit us anymore.

For the six years that Karl had lived at Reflections, he was well known to the employees of the property, and this was a surprise for Dyan.  During the day, Karl Hunt would go to the common areas, and listen to Disney sing-a-long and Pokémon songs on his headphones.  The property manager would constantly yell at Karl and demand that he leave the pool area or the community room, but no one ever complained to his mother about Karl’s behavior.  Further, unbeknownst to his mother, Karl was used to perform tasks around the development, such as cleaning bathrooms, taking out the trash, and other jobs in the community, without being paid.

In preparation for having to move, Ms. Hunt was forced to pack up everything in her apartment unit and begin the moving process, giving away much of her property.  However, on or about November 29, 2012, a new management company, JMG Realty, Inc., bought Reflections of West Palm Beach, and permitted the Hunts to remain residents at Reflections. Prior to allowing the Hunts to remain on the premises, they interviewed the employees and determined that unless they had experienced problems at the facility, they should renew the Hunt’s lease.

The Fair Housing Act makes it illegal to discriminate in housing practices on the basis of a disability.  A person’s disability, no less than his or her race or sex, is an impermissible reason to deny equal access to housing opportunities. Congress’ intent in enacting the Fair Housing Act is as follows:

The Fair Housing Amendments Act … is a clear pronouncement of a national commitment to end the unnecessary exclusion of persons with handicaps from the American mainstream. It repudiates the use of stereotypes and ignorance, and mandates that persons with handicaps be considered as individuals. Generalized perceptions about disabilities and unfounded speculations about threats to safety are specifically rejected as grounds to justify exclusion.

On behalf of Karl and herself, Dyan Hunt brought an action against the property owner and manager, AIMCO, for housing discrimination.  If any housing provider decides that a person with a disability is a direct threat to the safety of others, a housing provider is required to conduct an individualized assessment that is based on reliable objective evidence.  Guidance by the Department of Housing and Urban Development provides as follow:

The Act does not allow for exclusion of individuals based upon fear, speculation, or stereotype about a particular disability or persons with disabilities in general. A determination that an individual poses a direct threat must rely on an individualized assessment that is based on reliable objective evidence (e.g., current conduct, or a recent history of overt acts). The assessment must consider: (1) the nature, duration, and severity of the risk of injury; (2) the probability that injury will actually occur; and (3) whether there are any reasonable accommodations that will eliminate the direct threat. Consequently, in evaluating a recent history of overt acts, a provider must take into account whether the individual has received intervening treatment or medication that has eliminated the direct threat (i.e., a significant risk of substantial harm). In such a situation, the provider may request that the individual document how the circumstances have changed so that he no longer poses a direct threat. A provider may also obtain satisfactory assurances that the individual will not pose a direct threat during the tenancy. The housing provider must have reliable, objective evidence that a person with a disability poses a direct threat before excluding him from housing on that basis.

The reasoning behind this requirement of substantiating a “direct threat” is to deter property owners from recklessly evicting residents with developmental, intellectual, or psychological disabilities based upon a perceived direct threat without any determination of actual or imminent harm.  Even if AIMCO had viewed his statements regarding a Japanese anime cartoon as a direct threat, the determination does not end at that point, and it would have not been a difficult inquiry for a housing provider to do.  For example, the subsequent owner, JMG Realty, conducted a proper inquiry by accepting medical proof from Ms. Hunt, interviewing employees, and reviewing Karl Hunt’s history, thereby allowing him to live at Reflections without any restrictions.

The trial court dismissed the Hunts’ case and the Hunts have now filed their appeal last week in the Eleventh Circuit Court of Appeals and are requesting that the court clarify the law that the mere allegation of a threat by a tenant, without any individualized assessment based on reliable objective evidence, is not sufficient to deny housing to a person with an intellectual disability and that AIMCO had a duty to honor the request for accommodation made by Ms. Hunt. 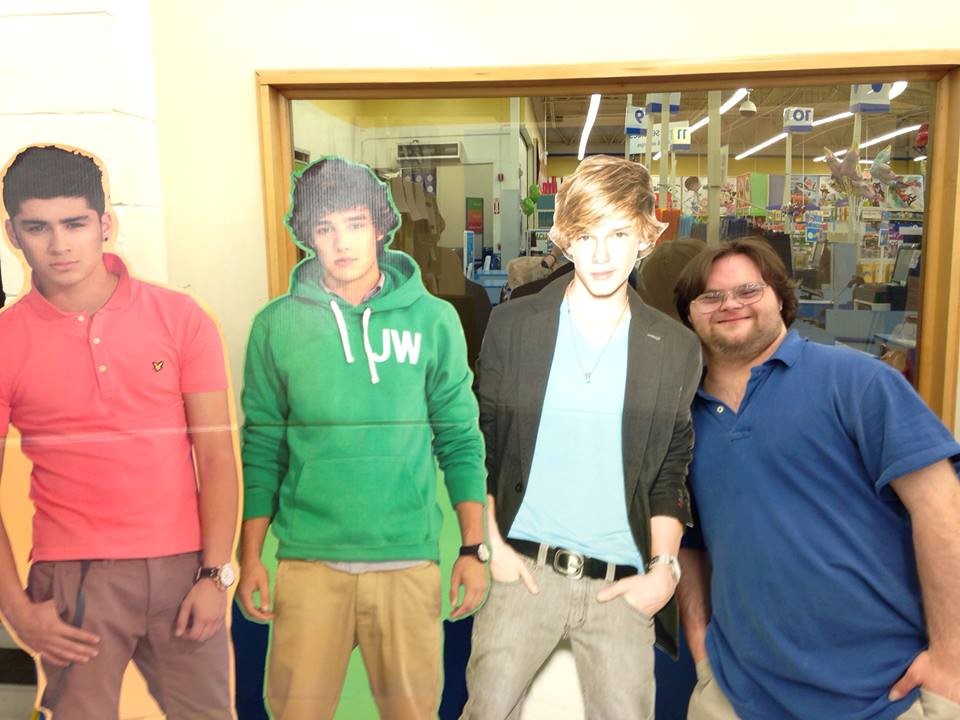 Karl and his favorite band, One Direction

The Miami Foundation is having their 3rd annual Give Miami Day on November 20, 2014.  The event starts at midnight on November 20th and lasts for 24 hours. Disability Independence group will be a part of this amazing event.  Support DIG and join the movement.  http://givemiamiday.org/#npo/disability-independence-group-inc