Can you be drafted in the military if you have a disability?

What constitutes a disability that would make you ineligible to be drafted?

As a father of a 19-year-old in a volatile time where a tweetstorm of thoughtless insults can turn into a firestorm of bombs, I worry about the future of my son and all young men of his generation. Currently, the United States Armed Forces is an all-volunteer military force, and there has not been a draft since 1973. However, reactivating the draft is a possibility in the event of a need to supplement the military — all men between 18 and 25 are potentially subject to military conscription or “the draft.”  In the event that Congress and the President authorize a mobilization to increase the number of active troops, a lottery would be held based on birthdays which determines the order of men to be drafted.  Those with low lottery numbers receive examination orders and are ordered to report for a physical mental and moral evaluation at a Military Entrance Processing Station (MEPS) to determine whether they are fit for military service.  Once the person is notified of the results, a registrant will be given ten days to file a claim for exemption.

Disability is a reason for an exemption. The United States military requires that all enlisted and commissioned personnel be ready for “active duty.” This means one must at all times be physically, emotionally, and psychologically ready to serve – to the military’s standards of fitness.  The military has standards for fitness to be inducted into the military, and the purposes of the standards are to ensure that inductees are:

(1) Free of contagious diseases that probably will endanger the health of other personnel.

(2) Free of medical conditions or physical defects that may require excessive time lost from duty for necessary treatment or hospitalization, or probably will result in separation from the Service for medical unfitness.

(4) Medically adaptable to the military environment without the necessity of geographical area limitations.

What Types of Disabilities are Disqualifying?

The goal of the military preparedness is to develop a fighting force without the need of special accommodation for disability. In as much as a person would need an accommodation, including, but not limited to, specialized equipment, medication, or additional services, may potentially lead to a danger to the unit.  As such, the military lists the conditions and impairments that are disqualifying. 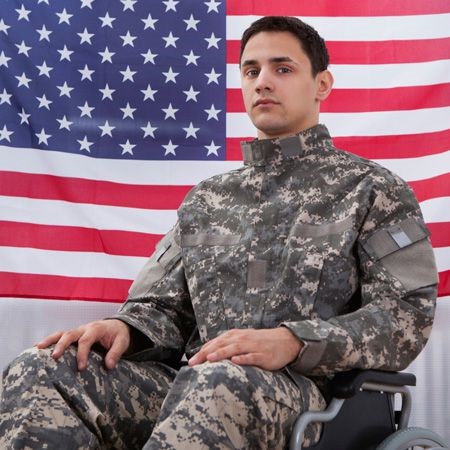 disqualifying for a person that is conscripted.  This includes issues regarding functioning of bodily systems and physical deformities.

The military is currently very selective with regards to allowing persons with learning or other mental disabilities to be inducted into the military. Part of becoming an effective soldier is to learn to suppress one’s individual needs for the needs of the unit.  Thus neurodiversity is not valued as much as conformance to the operation as a unit that can follow orders.   As such, many cognitive, learning, or developmental conditions would be disqualifying:

In 2011, according to the Centers for Disease Control, approximately 11% of children 4-17 years of age (6.4 million) have been diagnosed with ADHD. Apparently, dependence on stimulants for ADHD is disqualifying.  These medications include Strattera, Adderall, Ritalin, Vyvanse and many other medications.  Currently, one in three children with ADHD take medications for this disability.

History of learning disorders, including but not limited to dyslexia – a person will be disqualified UNLESS applicants demonstrated passing academic and employment performance without utilization of academic and or work accommodations at any time since age 14.

Psychosis – Current or history of disorders with psychotic features such as schizophrenic disorders, delusional disorders, bipolar disorders or other and unspecified psychoses.

Depression – History of depressive disorders, including but not limited to major depression, dysthymic disorder, and cyclothymic disorder requiring outpatient care for longer than 12 months by a physician or other mental health professional, or any inpatient treatment in a hospital or residential facility.

Eating Disorders – History of anorexia nervosa or bulimia, and other unspecified disorders of eating occurring after the 13th birthday.

Stuttering – Any current receptive or expressive language disorder, including but not limited to any speech impediment or stammering and stuttering of such a degree as to significantly interfere with production of speech or the ability to repeat commands. 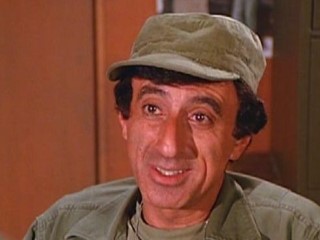 Current or history of psychosexual conditions, including but not limited to transsexualism, exhibitionism, transvestism, voyeurism,and other paraphilias. Whenever I think of this factor, I cannot help but remember Maxwell Q. Kinger from M.A.S.H.

But, what happens if you want to serve your country?

Rest assured, you can play a role to serve your country. If you believe that you are still able to serve, you can always seek a waiver of disability.   But even with a disability, you can work in a civilian role in the military.  A federal mandate states that all U.S. Military bases must have 10% of their civilian workforce composed of individuals with disabilities. The U.S. Navy boasts that they have been ranked number five in the nation among all employers—private sector corporations included—who employ individuals with disabilities.

Department of Defense – Medical Standards for Appointment, Enlistment, or Induction in the Military Services – Policy No. 6130.03  – http://dtic.mil/whs/directives/corres/pdf/613003p.pdf